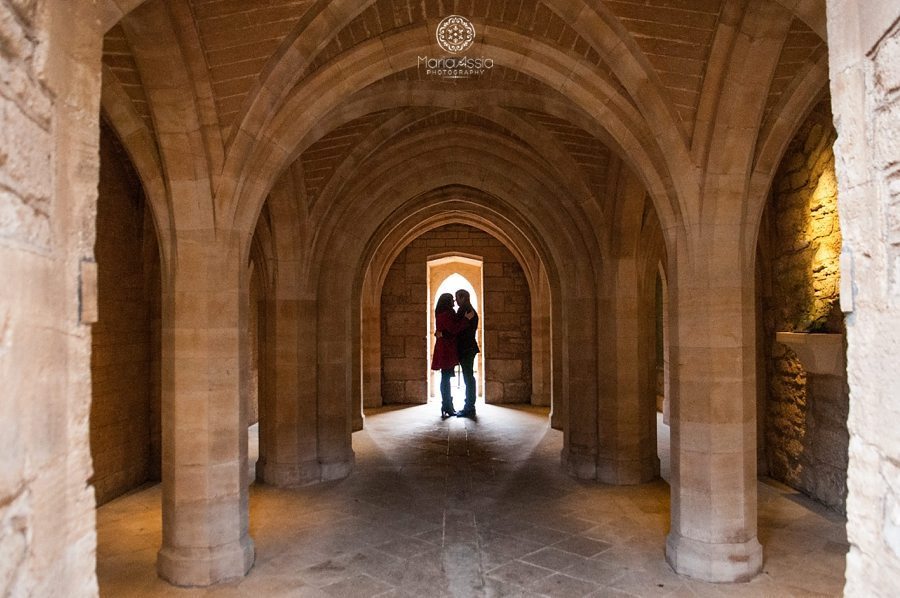 When Laura, Andy and I first started looking at having their pre wedding photo shoot in Oxford, there were lots of great places we were considering. Then Andy came up with organising their engagement shoot at New College.

The New College was built in 1404 and while its full name is The Warden and Scholars of St Mary’s College of Winchester in Oxford. It is usually referred to as the “New College of St Mary” for short, which in turn is now almost always shortened to “New College”.

I thought it was a brilliant idea and after contacting the College and with a little help from his former school, which is a sister school of the College, he managed to get us permission for the pre wedding photo shoot. Being a creative wedding photographer, I couldn’t help but feel excited about the challenge of shooting at this grand and interesting location.

We got there quite late in the afternoon, giving us just enough time to capture some of the beautiful grounds of the College during the ‘golden hour’. Then the light dimmed just as we got to the infamous tree that was used in the Harry Potter films and allowed us to use some creative flash and lighting to make the resulting images look mysterious and moody. How spooky does that tree look!

I love how these have turned out and how happy Laura and Andy look in their pre wedding photos. Isn’t happiness what it’s all about after all? 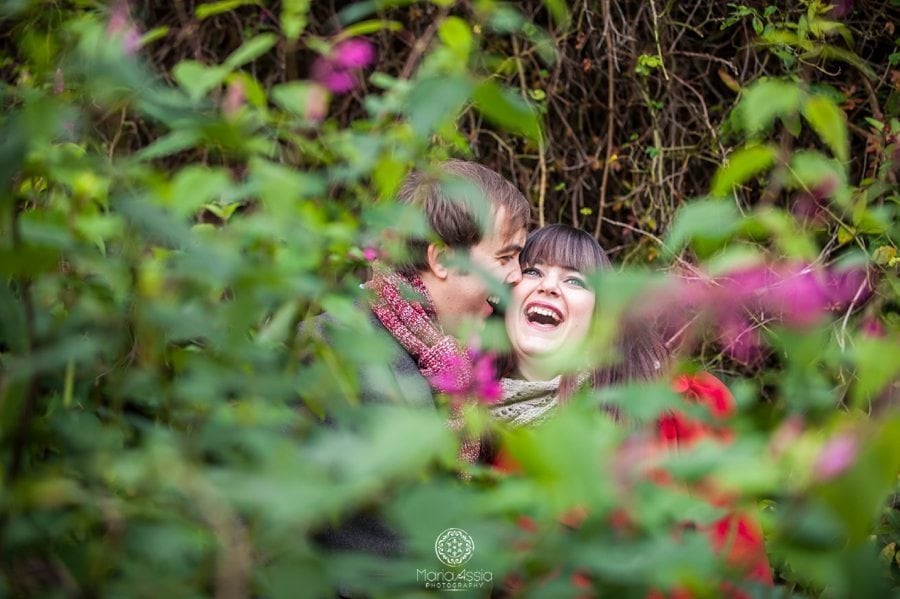 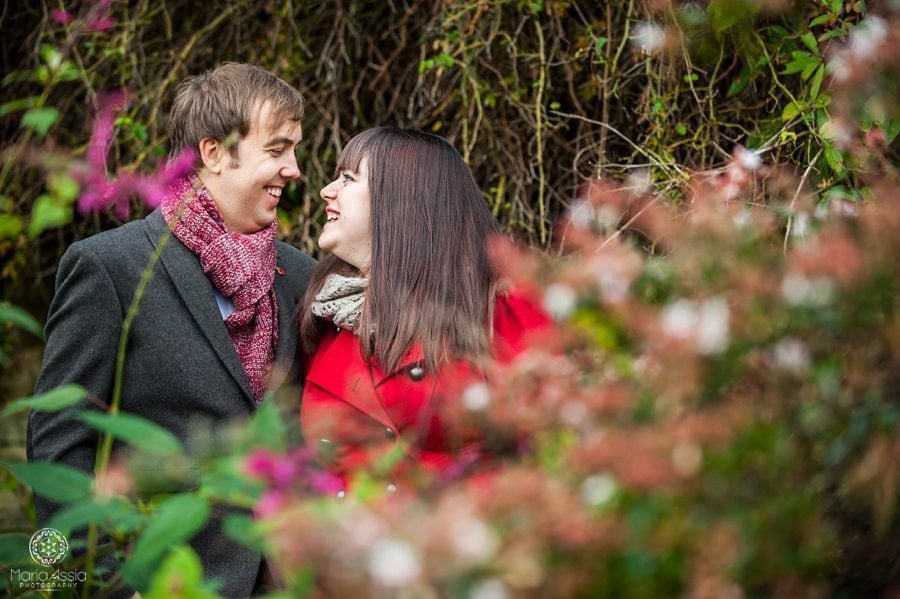 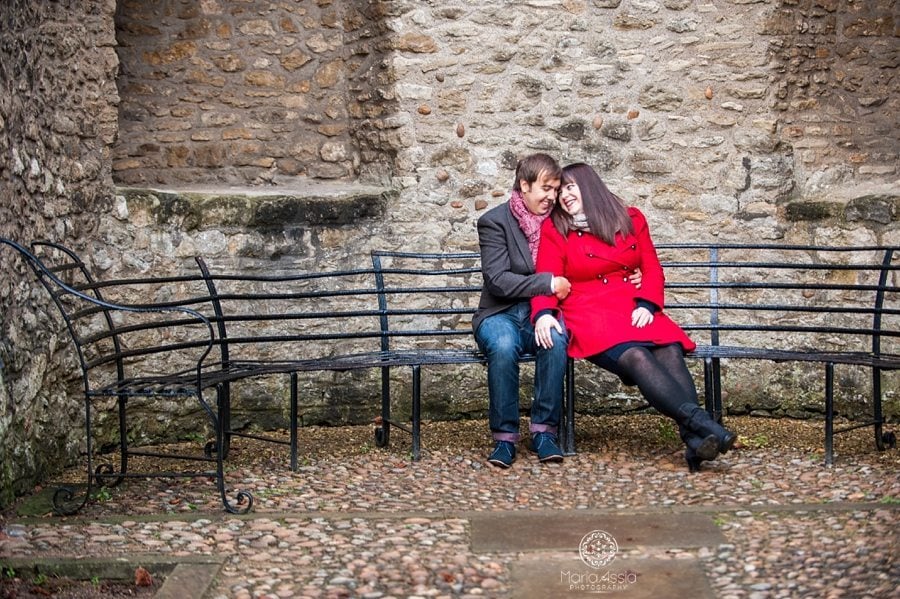 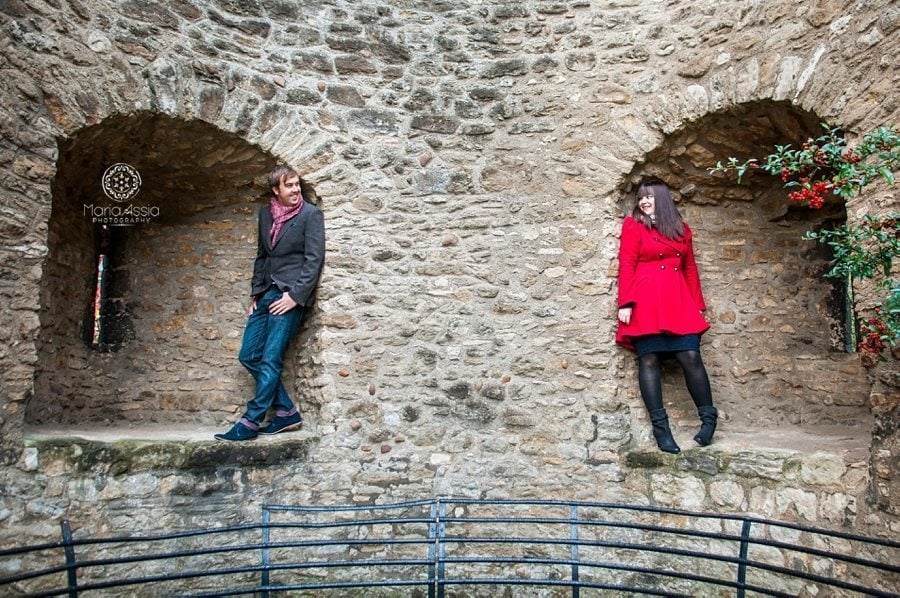 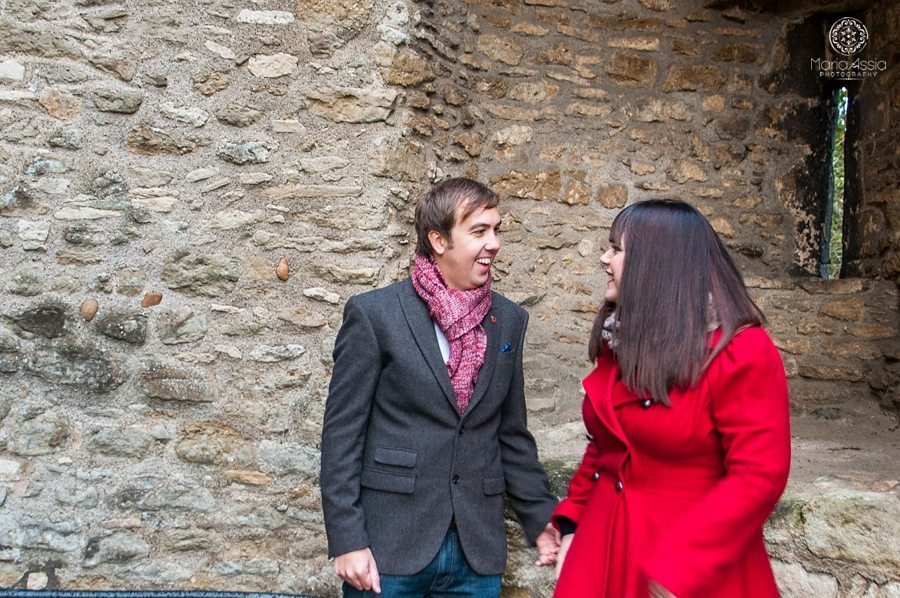 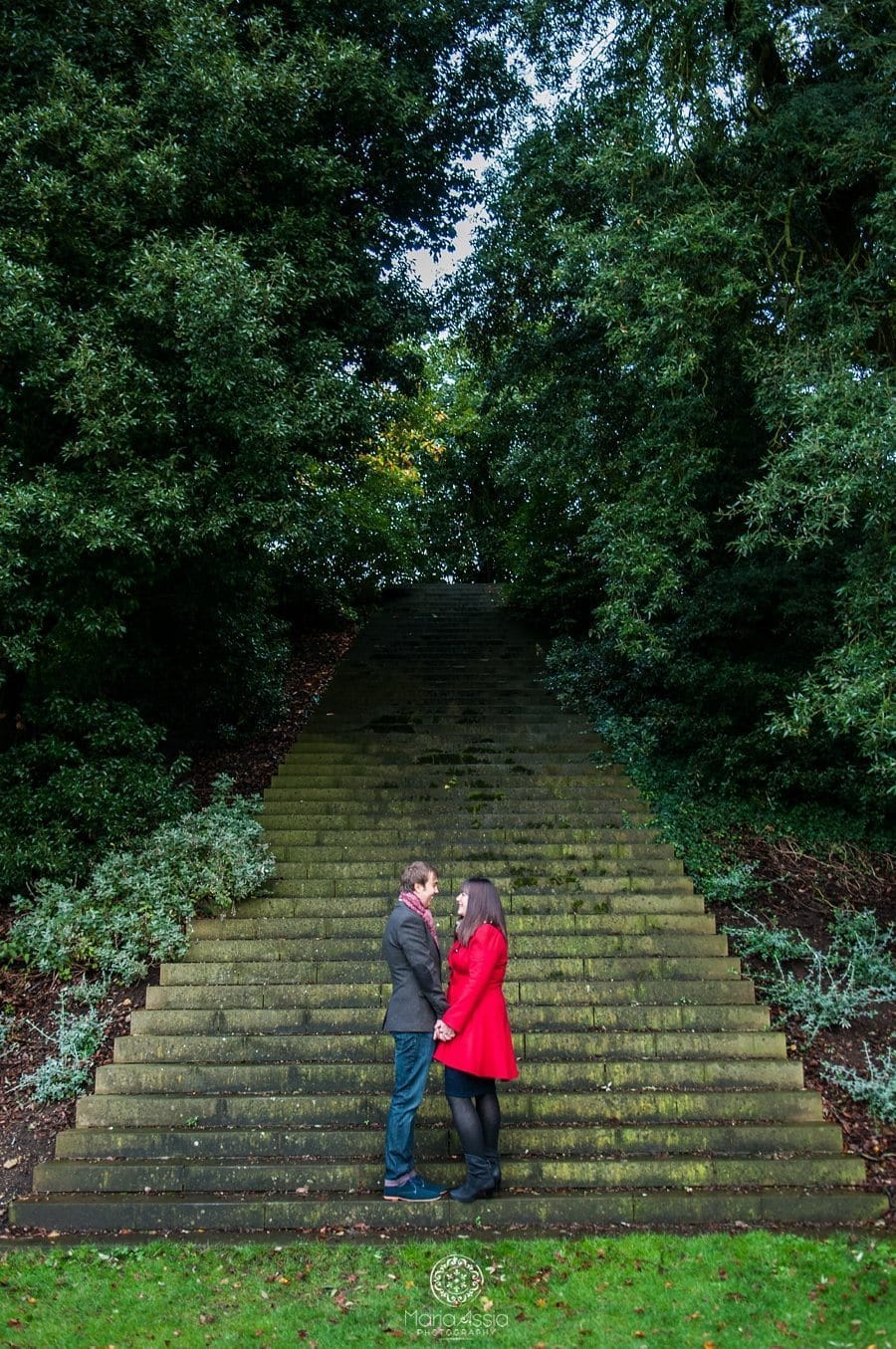 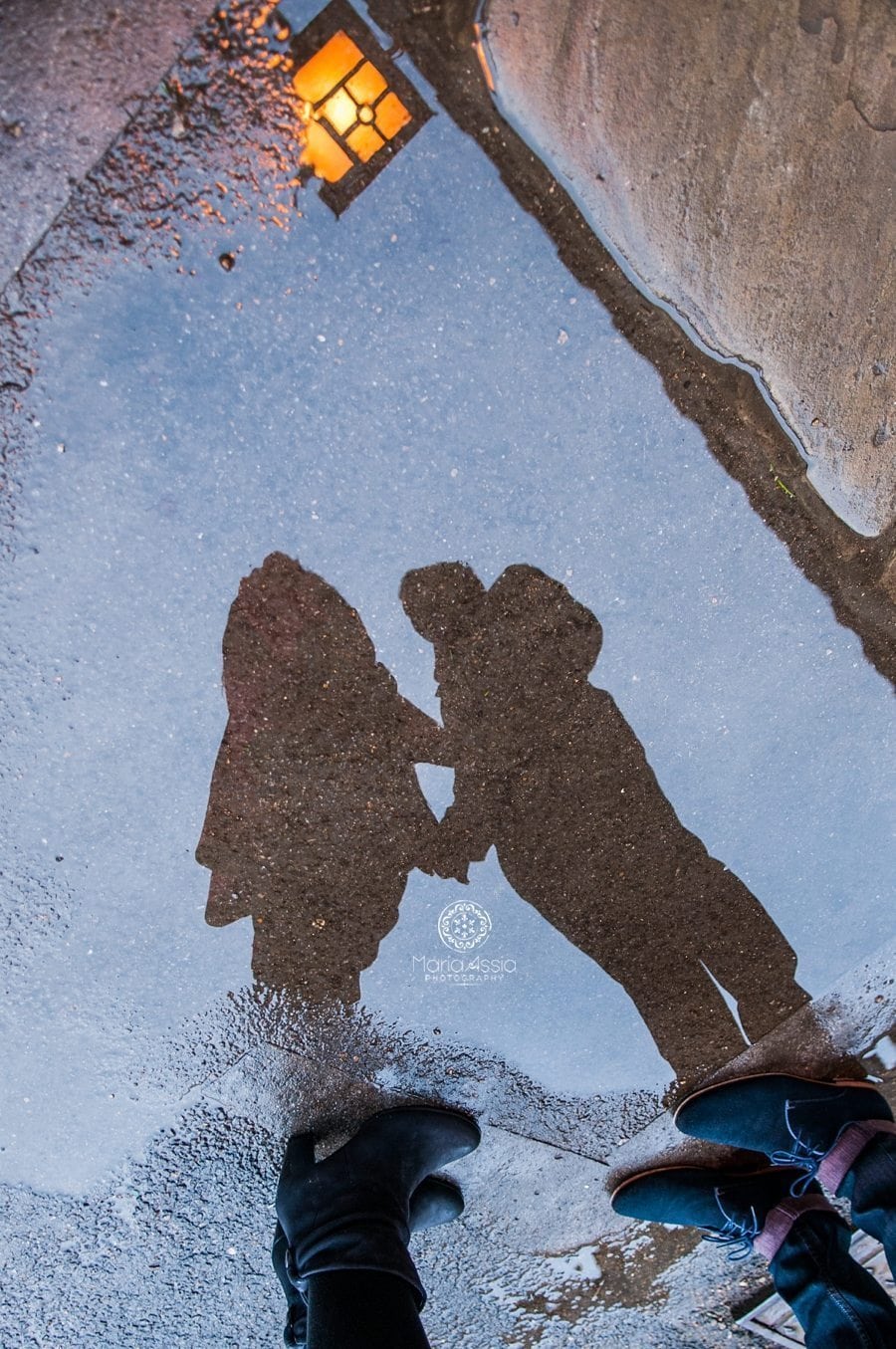 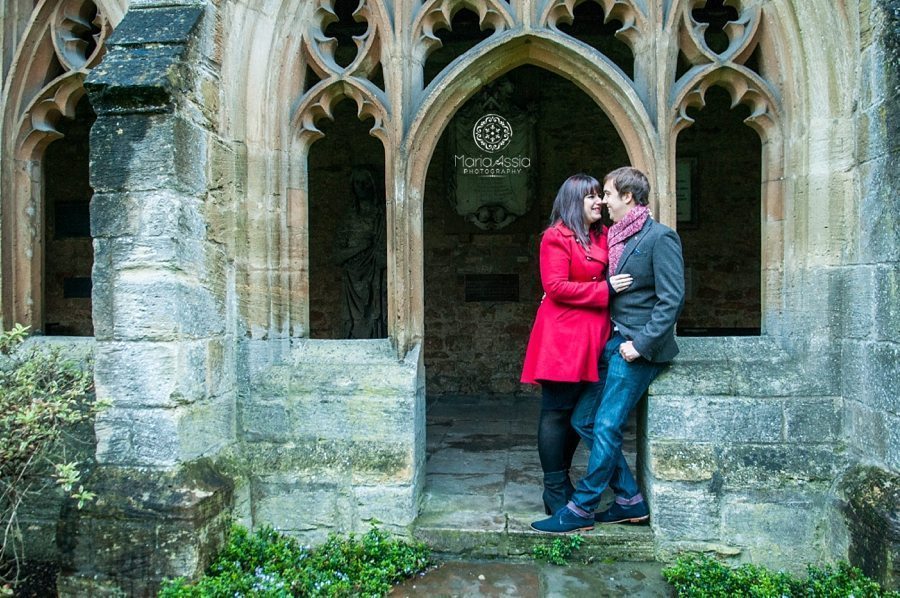 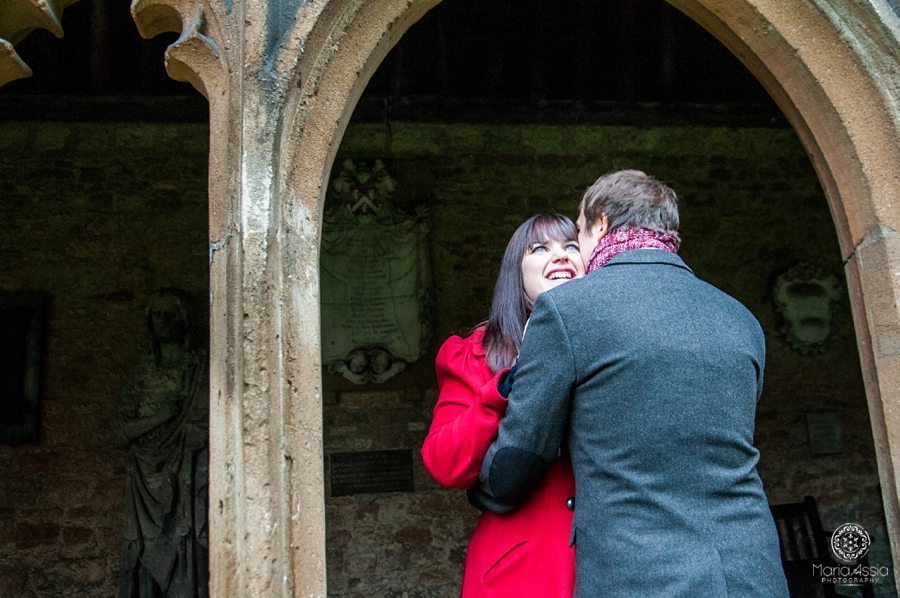 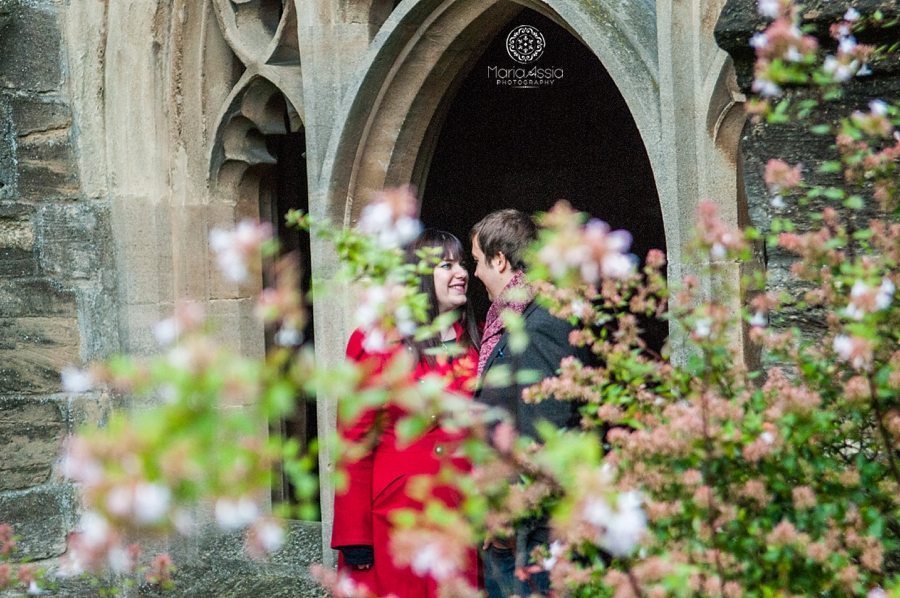 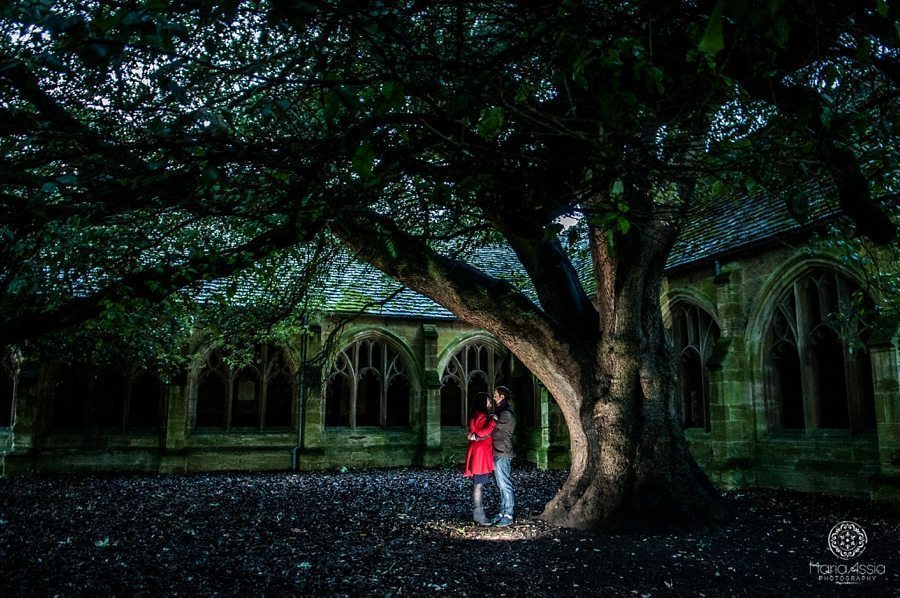 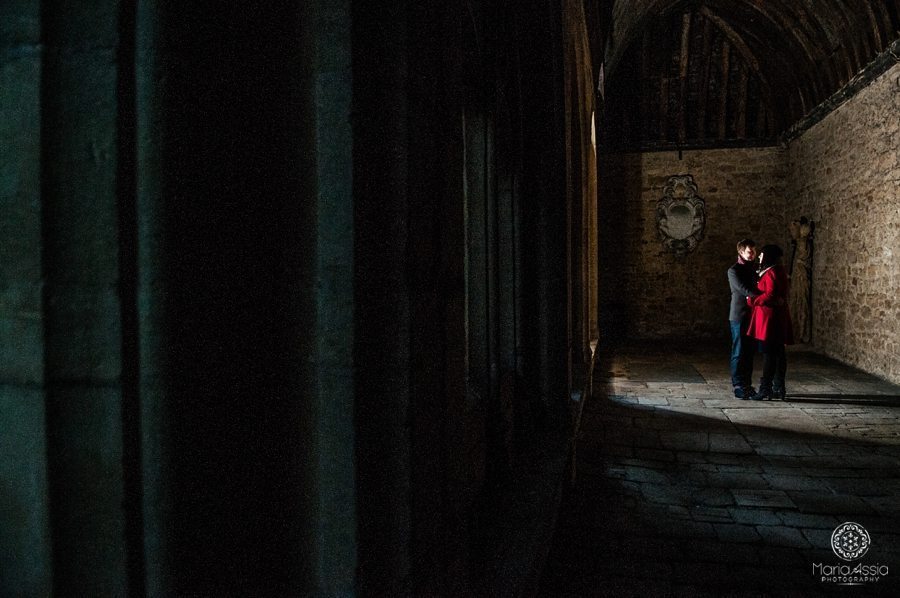 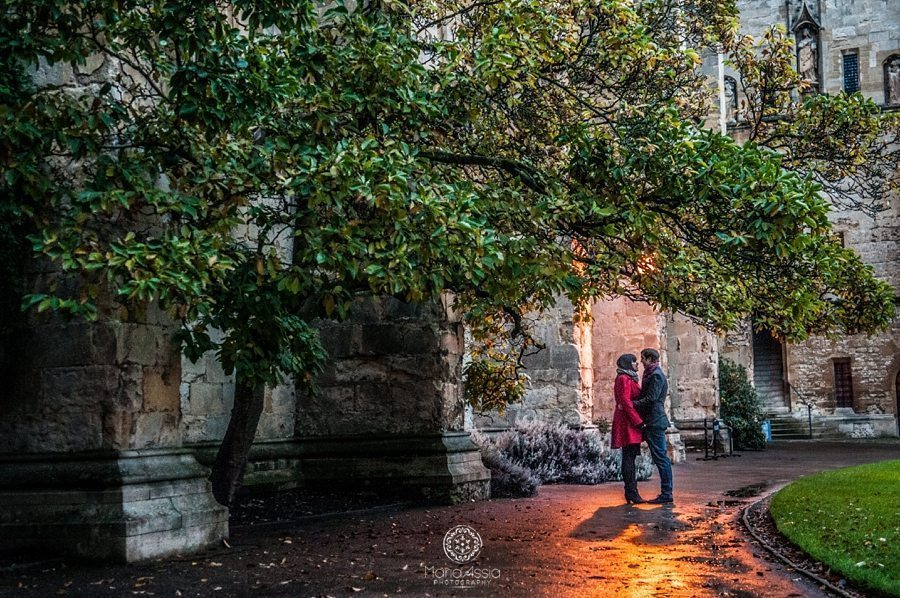 Lovely big vibrant images Maria! That first silhouette is gorgeous! I’ll bet Laura and Andy were blown away by this set.