A Cool and Iconic Tower of London Wedding

This is one of those sentences that I couldn’t wait to write. Sophia and Jack got married at the Tower of London. Yup. You heard me. The Tower. Of. London! Jack is a member of the Royal Guard, and was granted permission to have his wedding ceremony at this most iconic and special of London locations. This Tower of London wedding was London with a capital L – from the incredible ceremony venue, to the transportation, to the relaxed pub reception in the city. Just nice!

The day started at The Grosvenor Hotel where Sophia and her girls got ready in beautiful dresses with subtle sparkle. Check out Sophia’s gorgeous pink hair. The Grosvenor is a great launch pad for your wedding day. The rooms are gorgeous and oh-so-comfortable, and there’s a stunner of a staircase in the lobby that makes for brilliant photographs and a grand entrance (or exit).

Travelling to this Tower of London Wedding in style

When heading to a Tower of London wedding, there’s only one way to travel – by black cab, of course! I got a few goosebumps as we approached the Tower of London. It’s been one of my favourite London attractions since I was a child and it’s amazing to think that Sophia and Jack started their married lives together in a building steeped in so much history. Jack looked dashing in his dress uniform and his bright scarlet coat popped wonderfully against Sophia’s dress.

Shooting a Tower of London wedding ceremony is not a walk in the park, as it turns out. Due to venue regulations, I wasn’t able to take pictures inside the church, only from the door. (cue me doing the splits to inch forward while one of my feet stayed firmly in the door frame) Two of the royal guard were in position at said door. They wore full regalia, including the mahoosive fur hats that I desperately wanted to touch! (They’re hot, as in temperature, right? They surely must be.) I didn’t, though, I was on my best behaviour. So, while it was a bit of a challenge, I really like the photos from the ceremony. 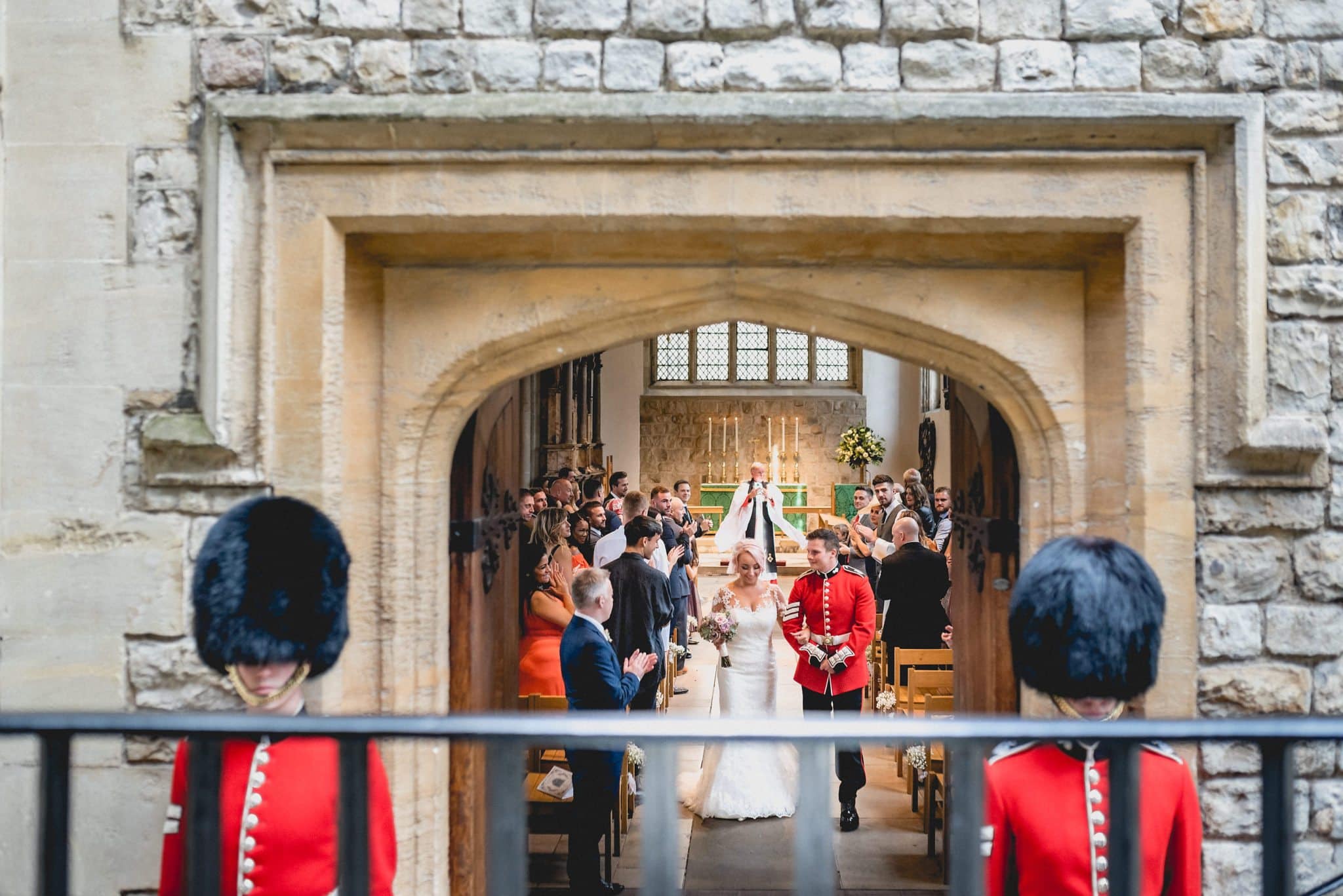 A big red bus to The Counting House

Then it was on to a big red bus and the reception at The Counting House, near the Bank of England. This is an old school pub just oozing with atmosphere, and the candles and sparkling table runners helped to create a cosy and inviting setting for a fantastic party! As well as the usual mingling, cake cutting and speeches (which were done from the pub’s balcony), Sophia and Jack had a magician at their reception. He was really really good and his tricks had everyone completely enthralled.

After sunset, it was party time, where young and old alike took to the dance floor. The pub echoed with music and laughter, and there were some seriously exuberant moves on display. Just too good to miss!

Head on over to my Instagram and Facebook accounts for more of what I’ve been up to lately. If you’re planning a London wedding (with or without giant fur hats) and fancy a chat about all things photography – hit me up. 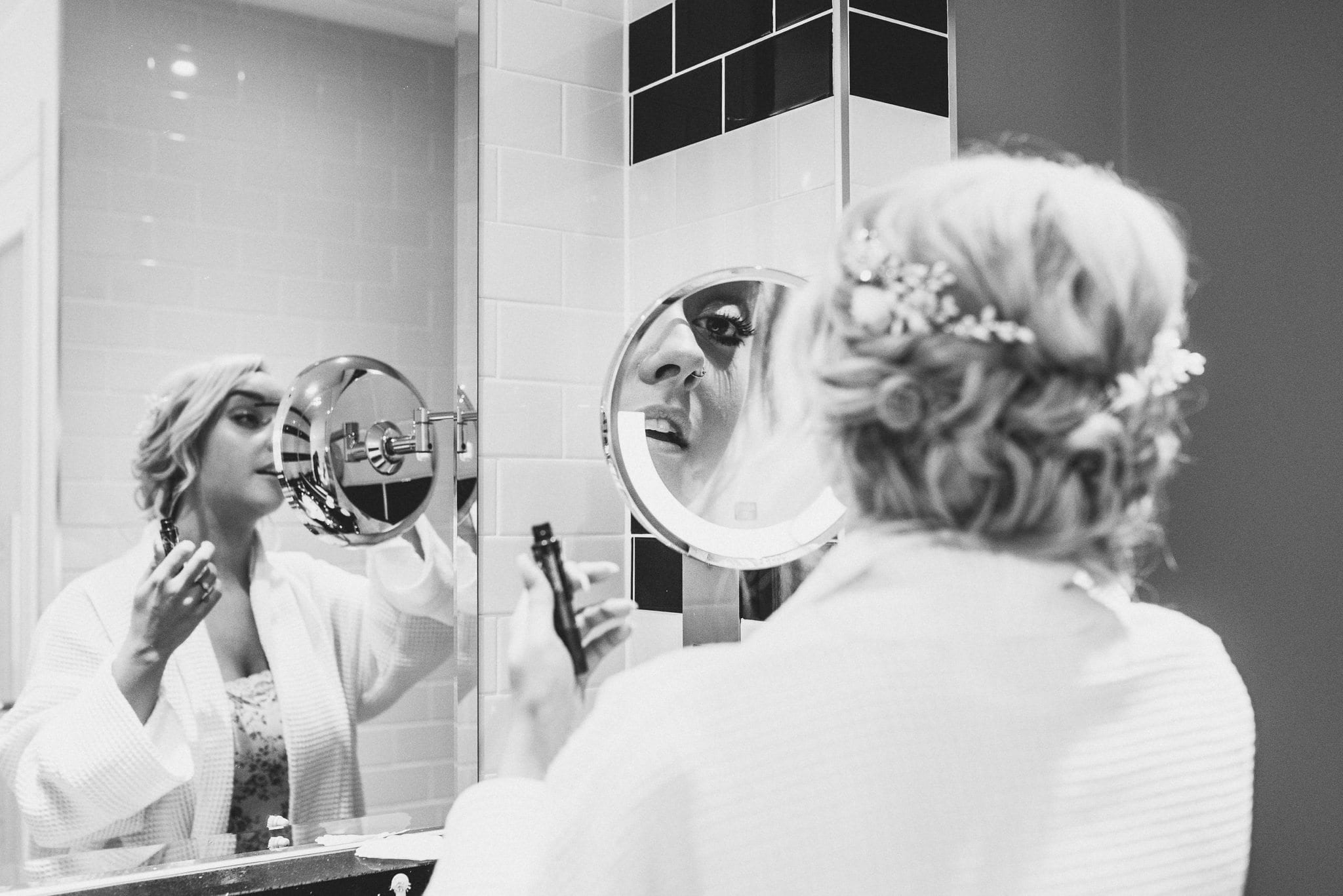 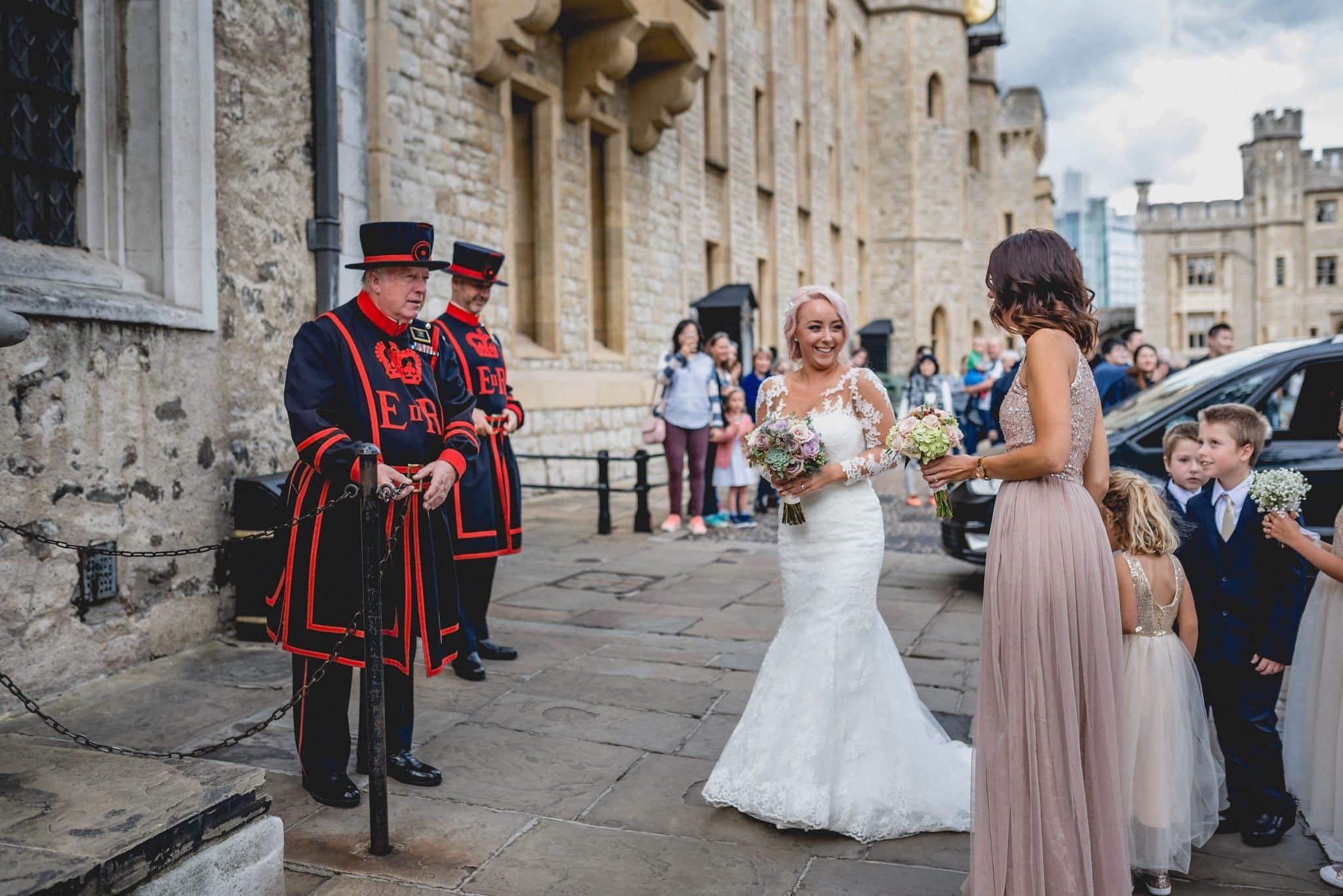 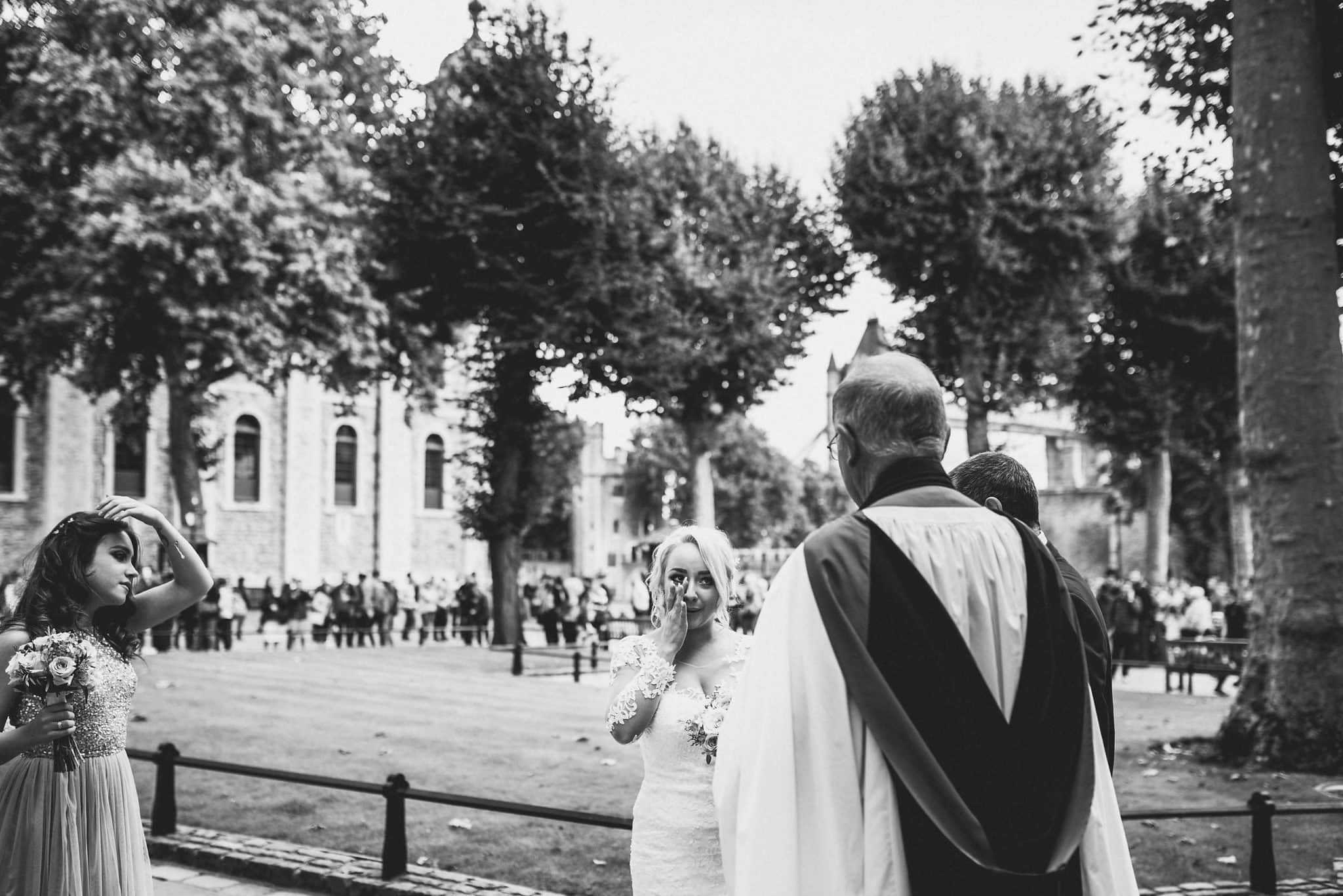 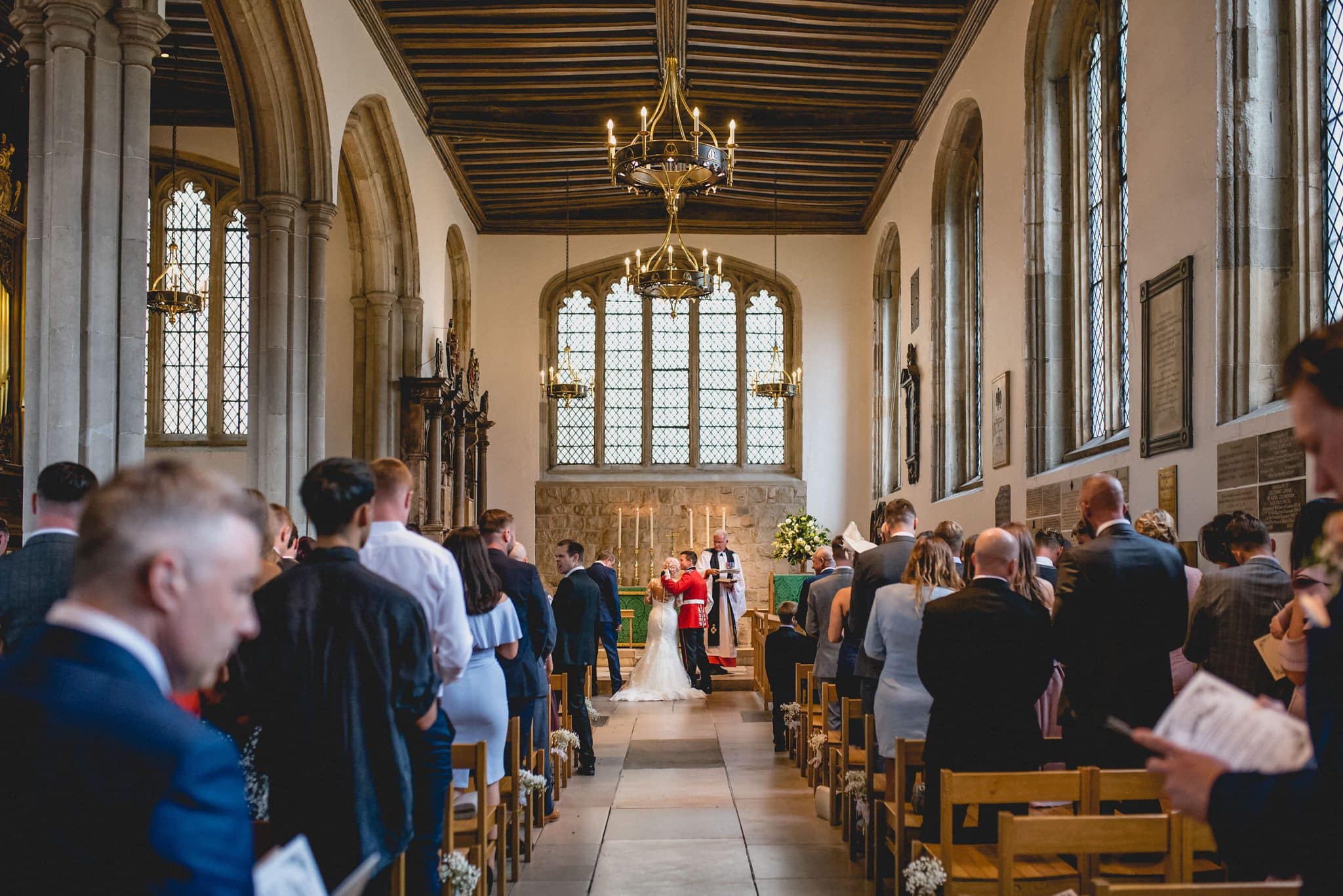 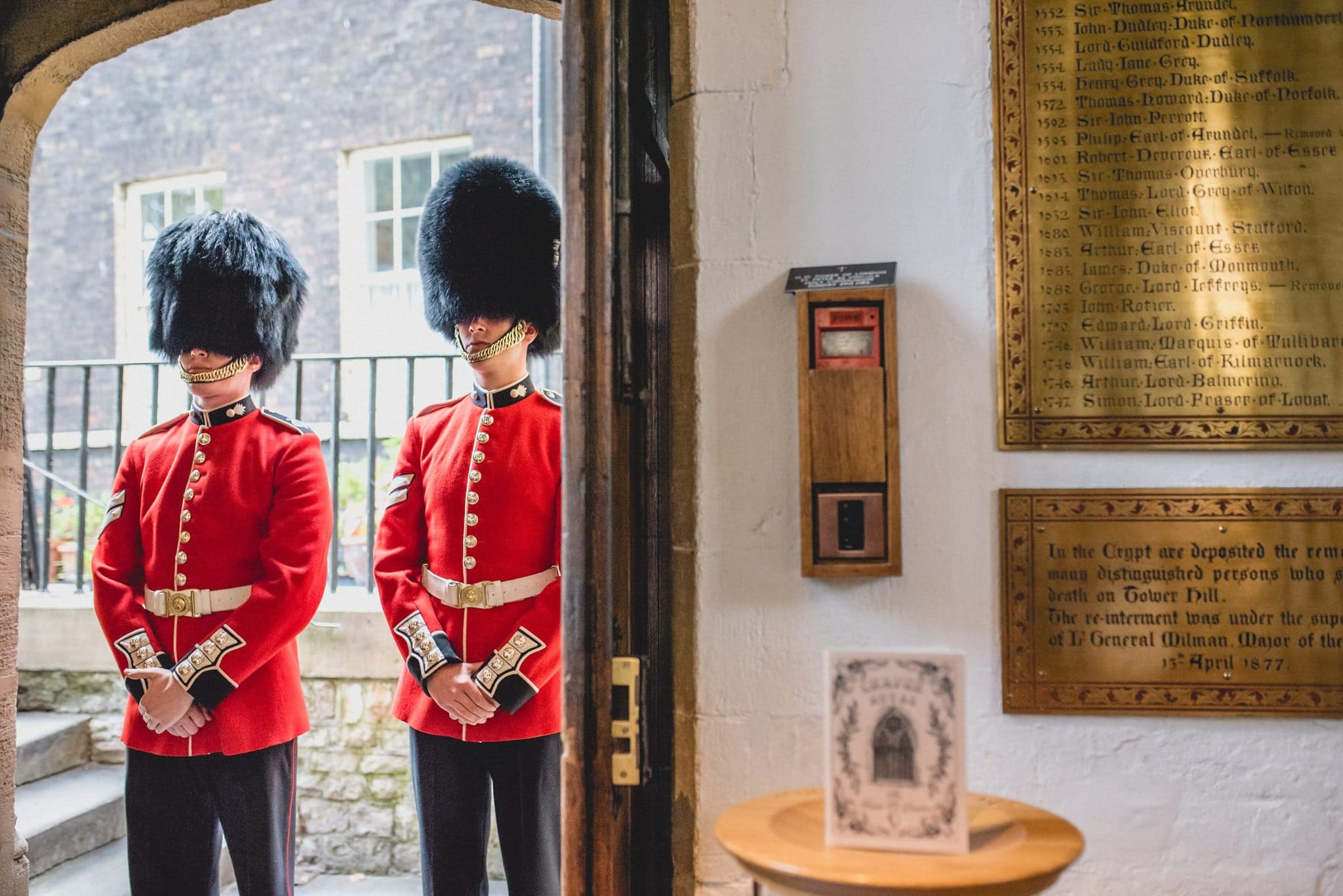 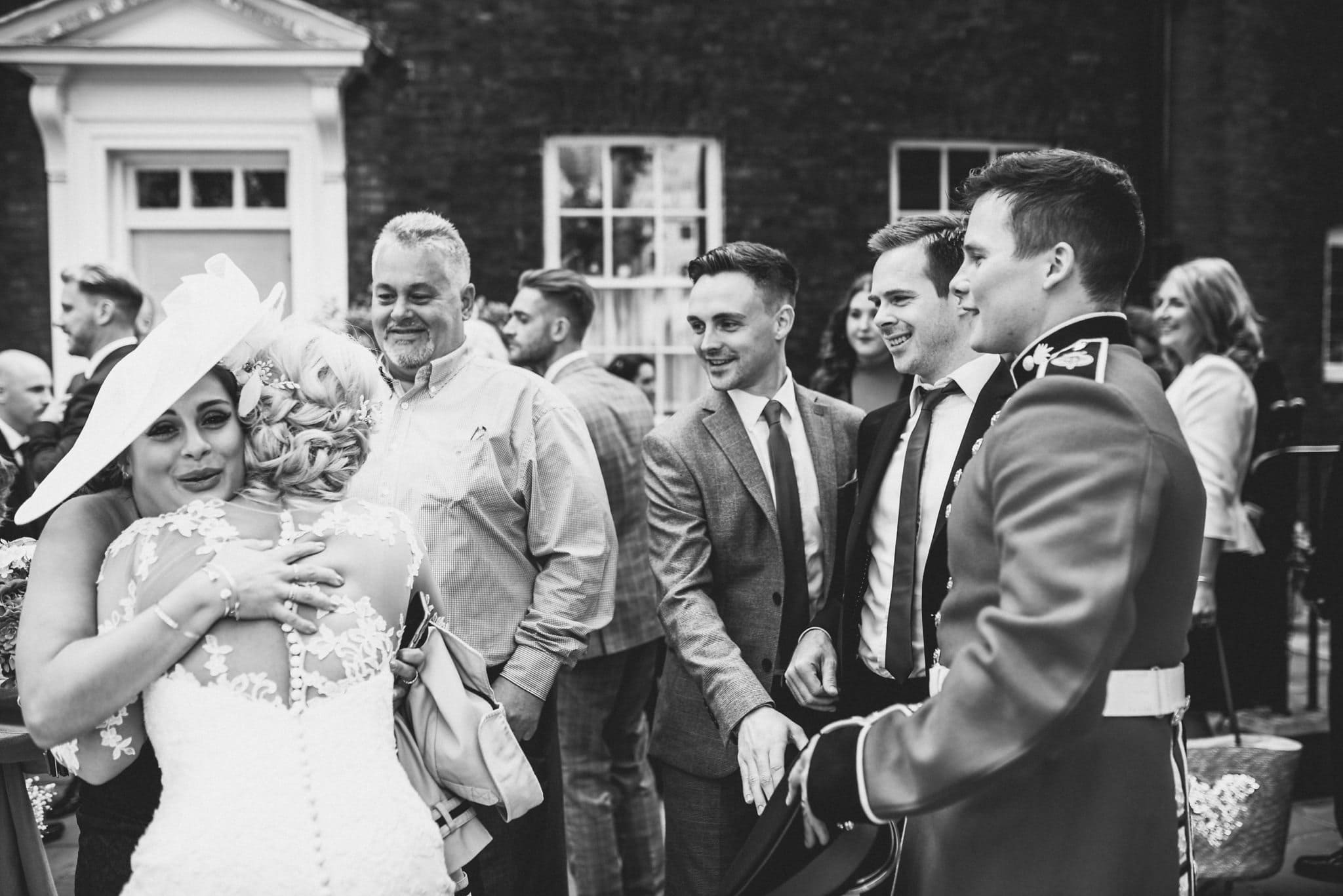 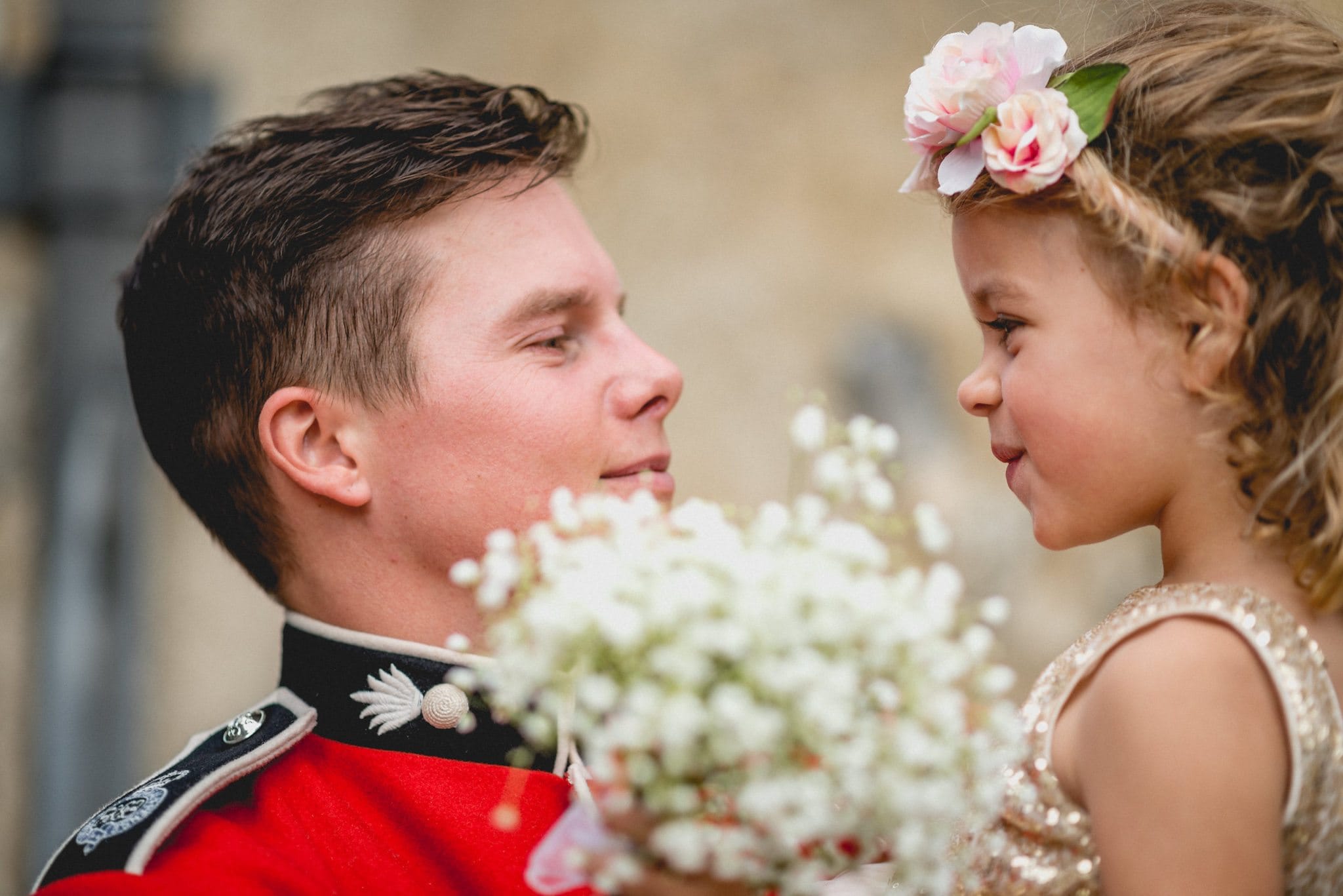 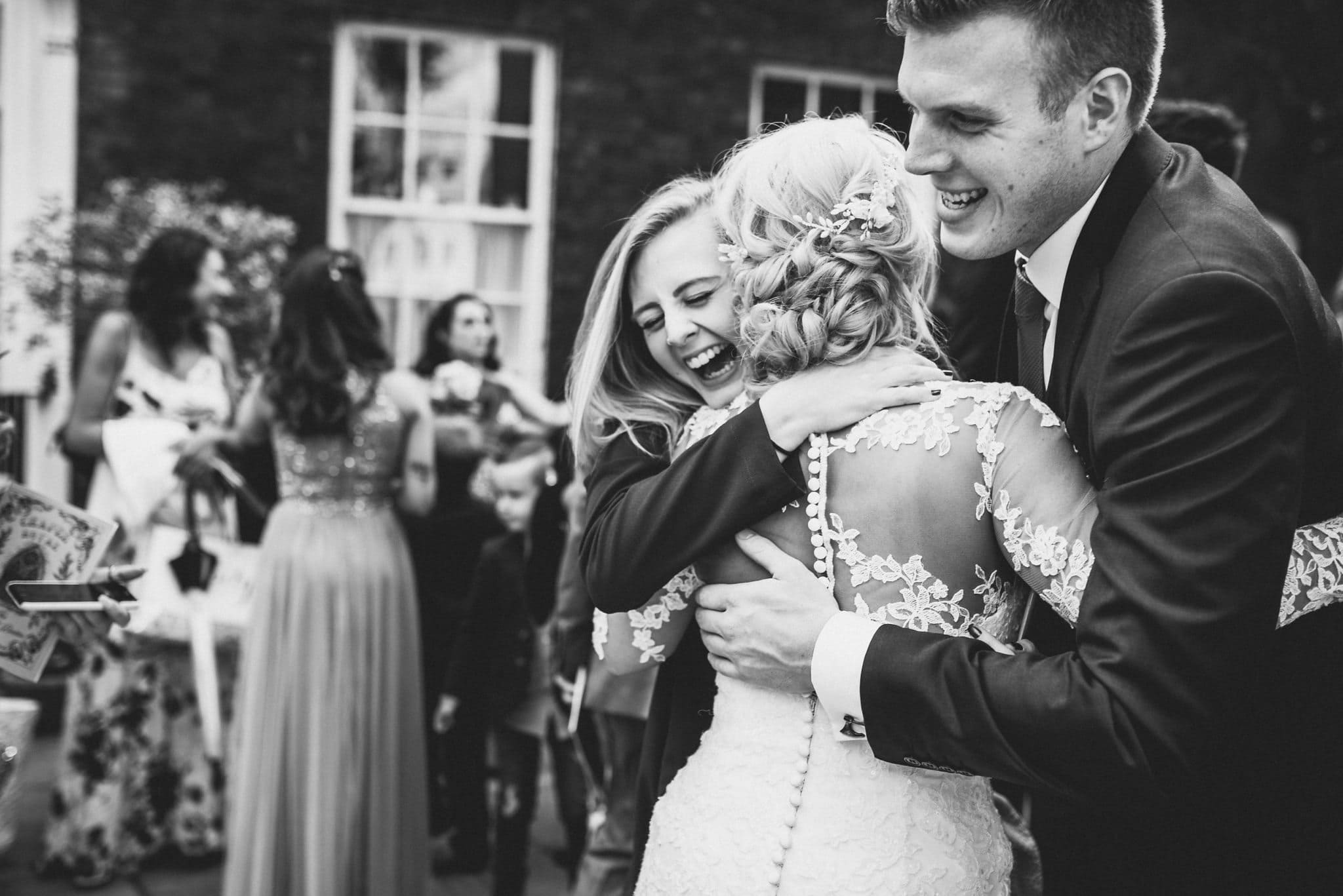 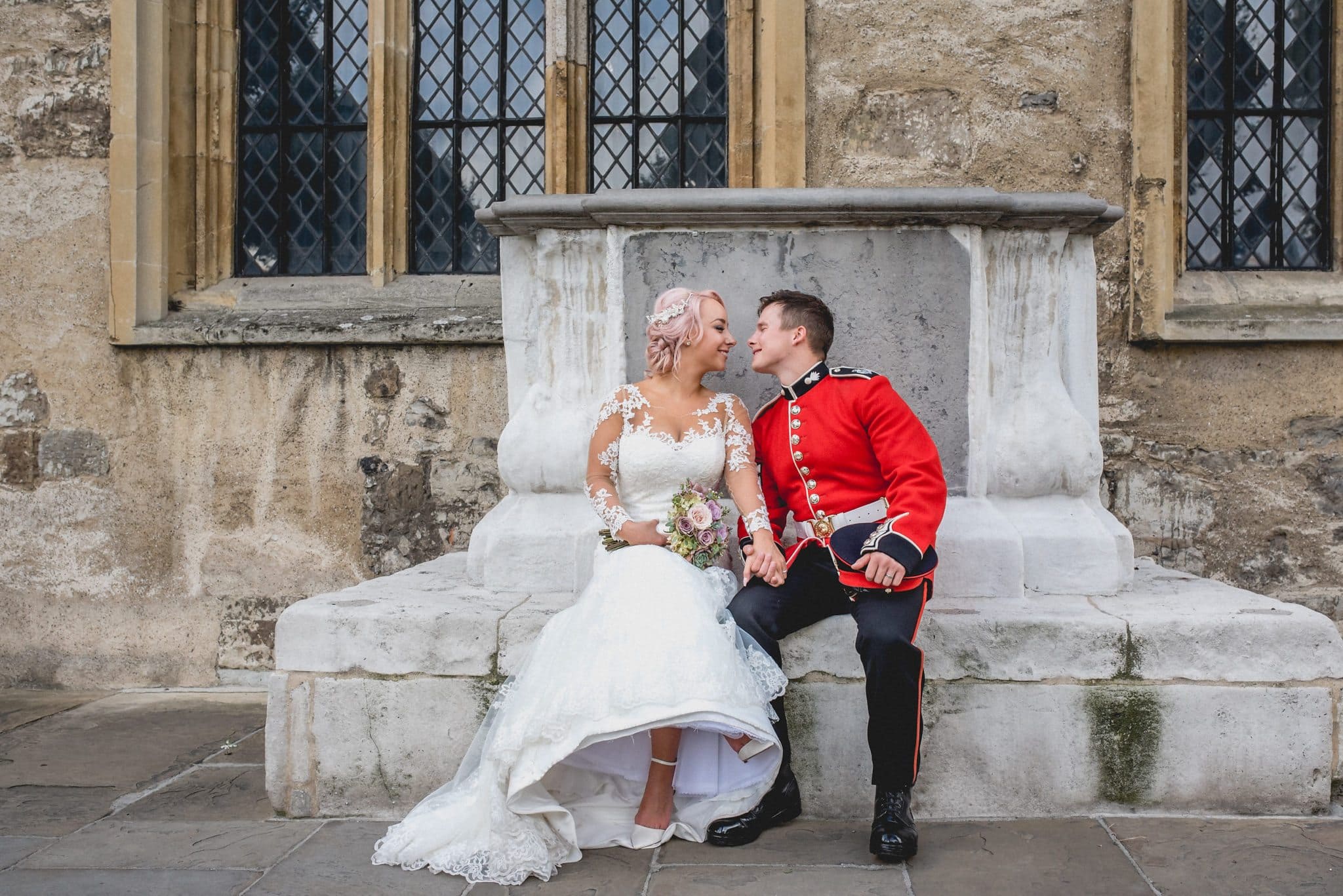 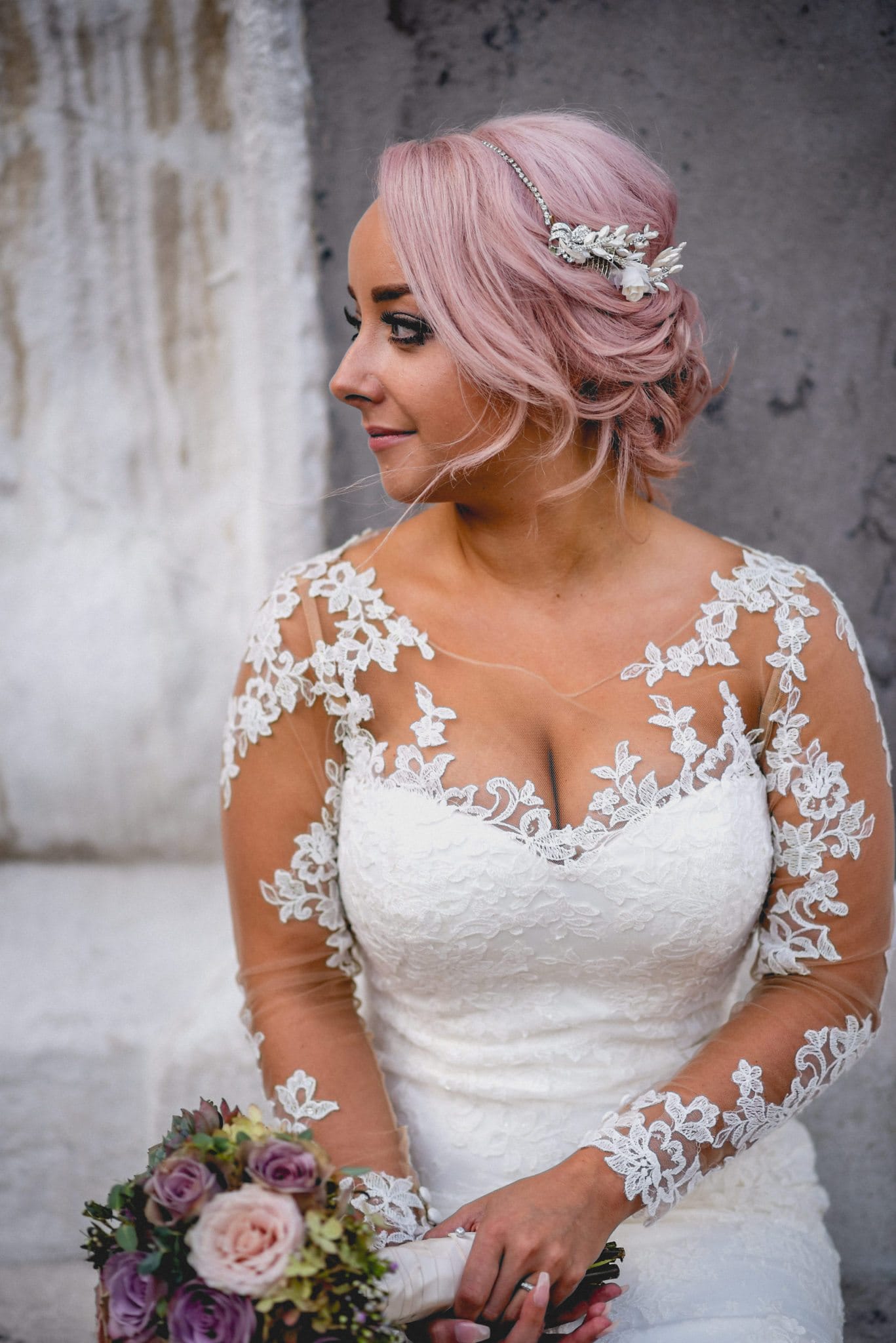 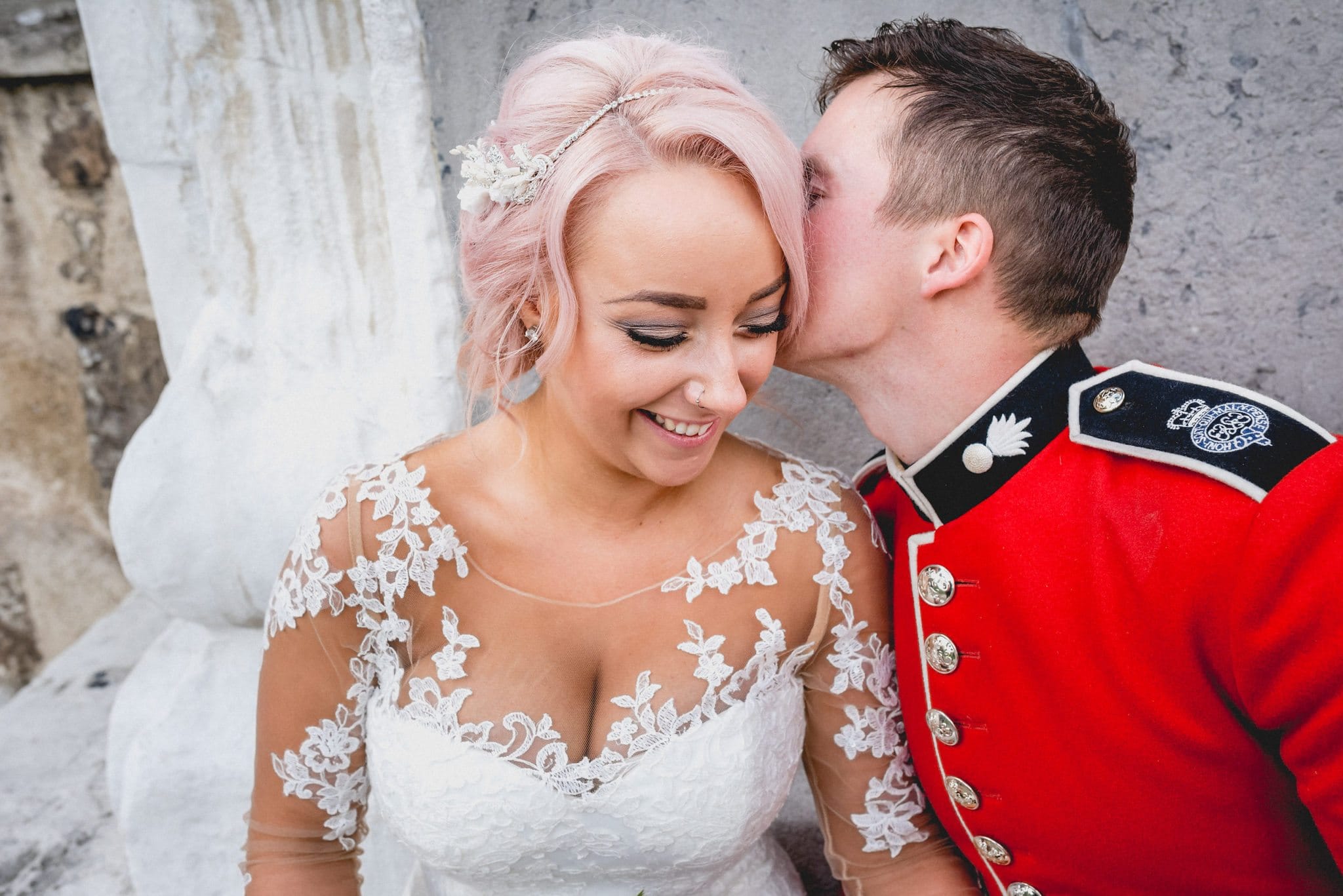 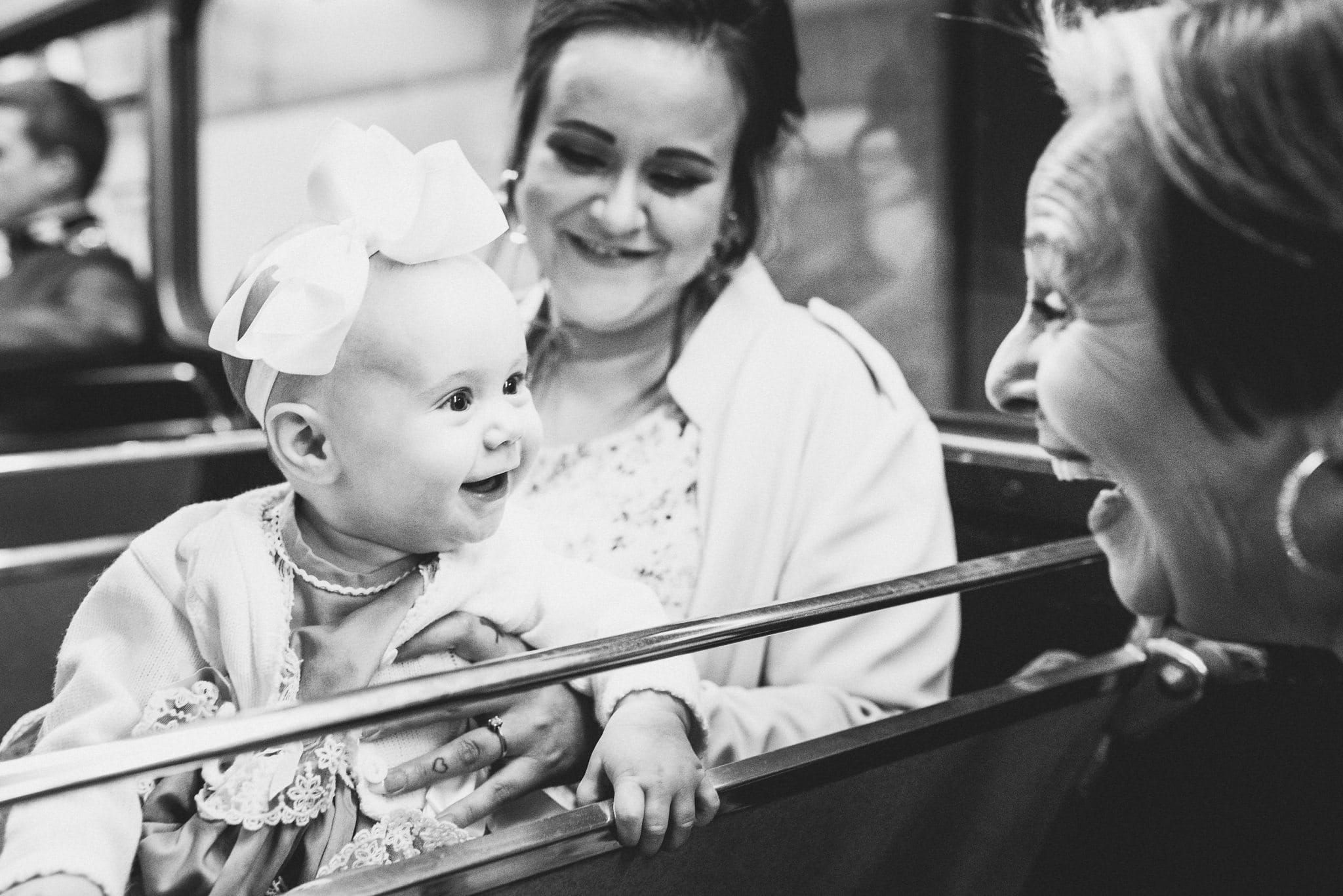 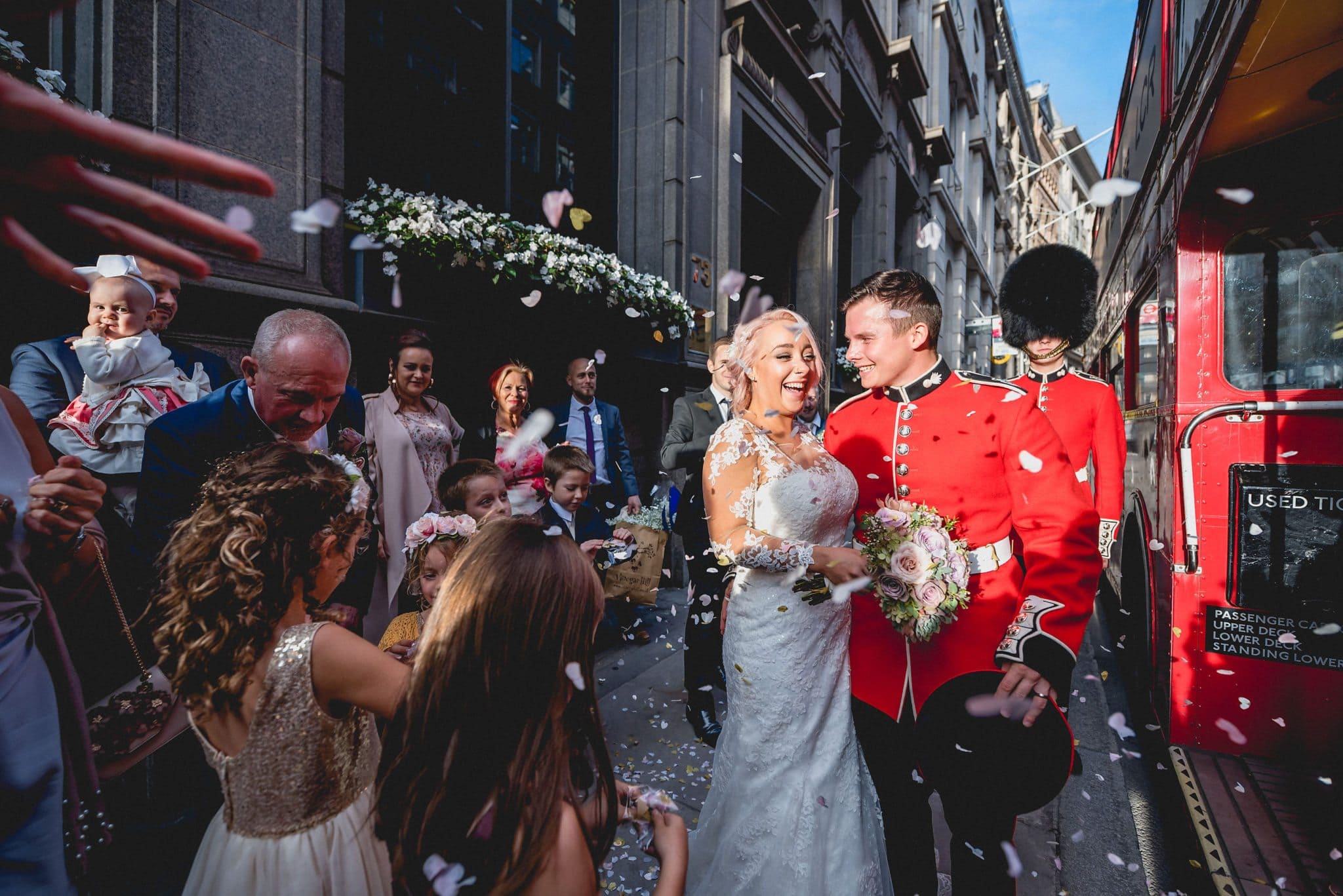 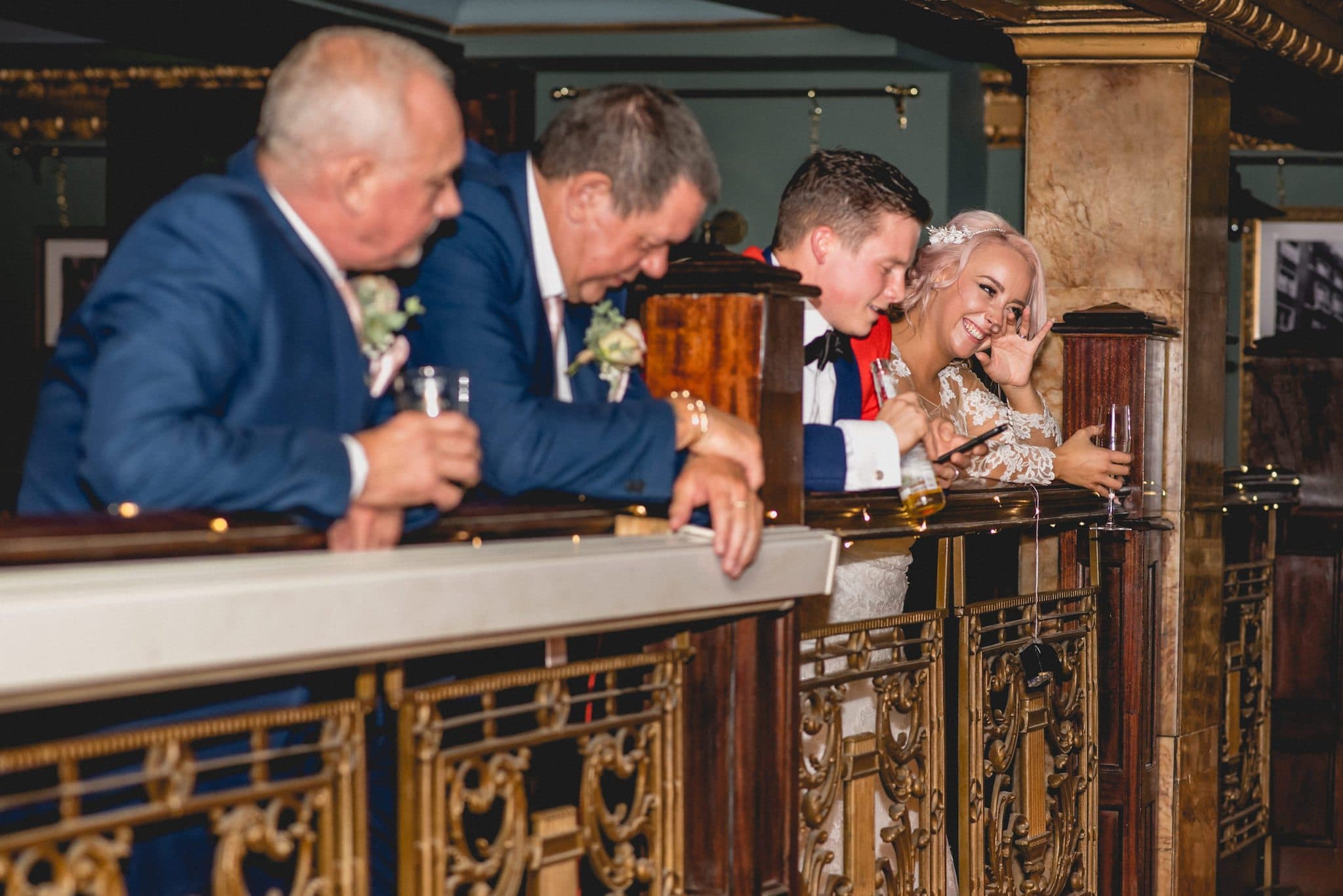 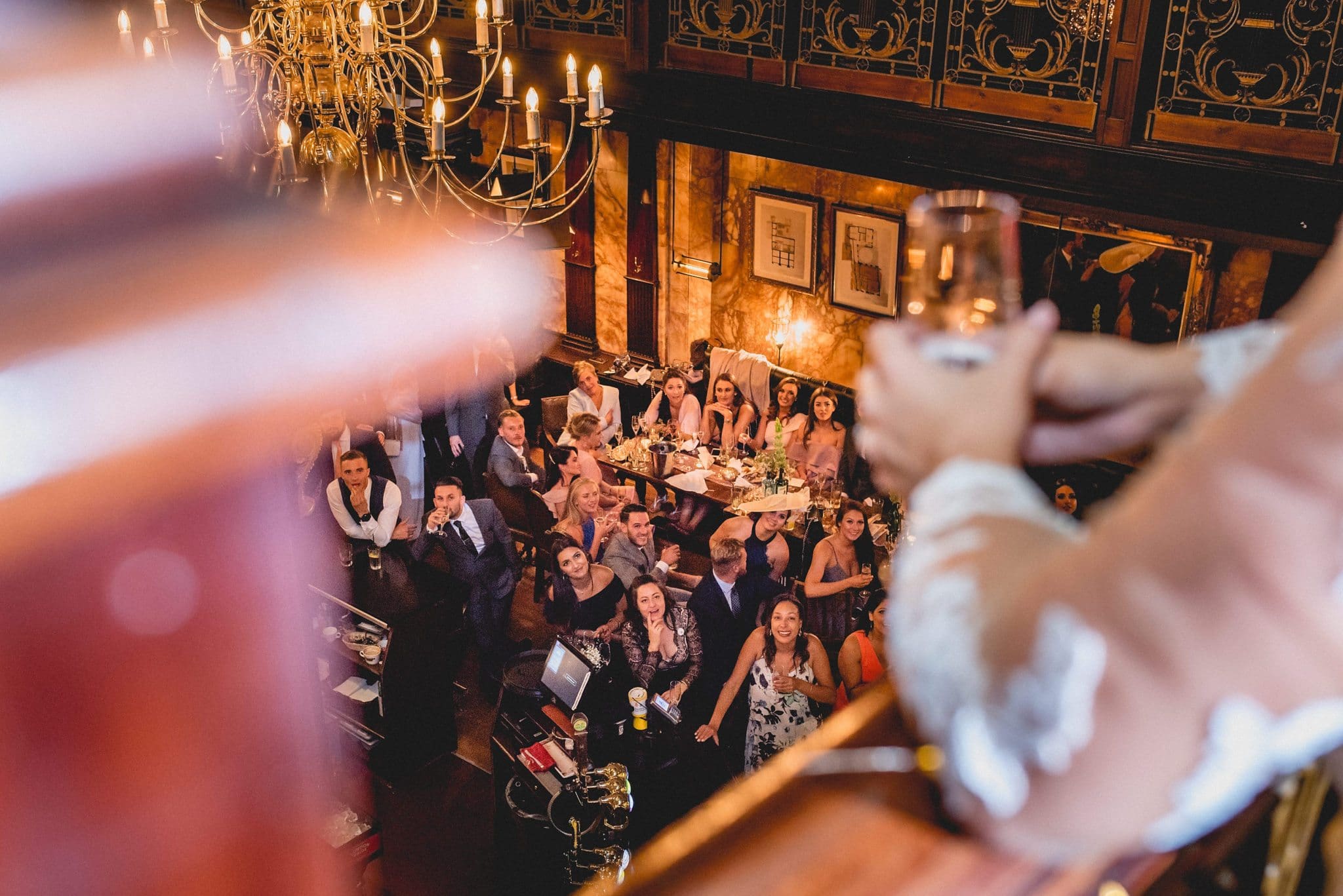 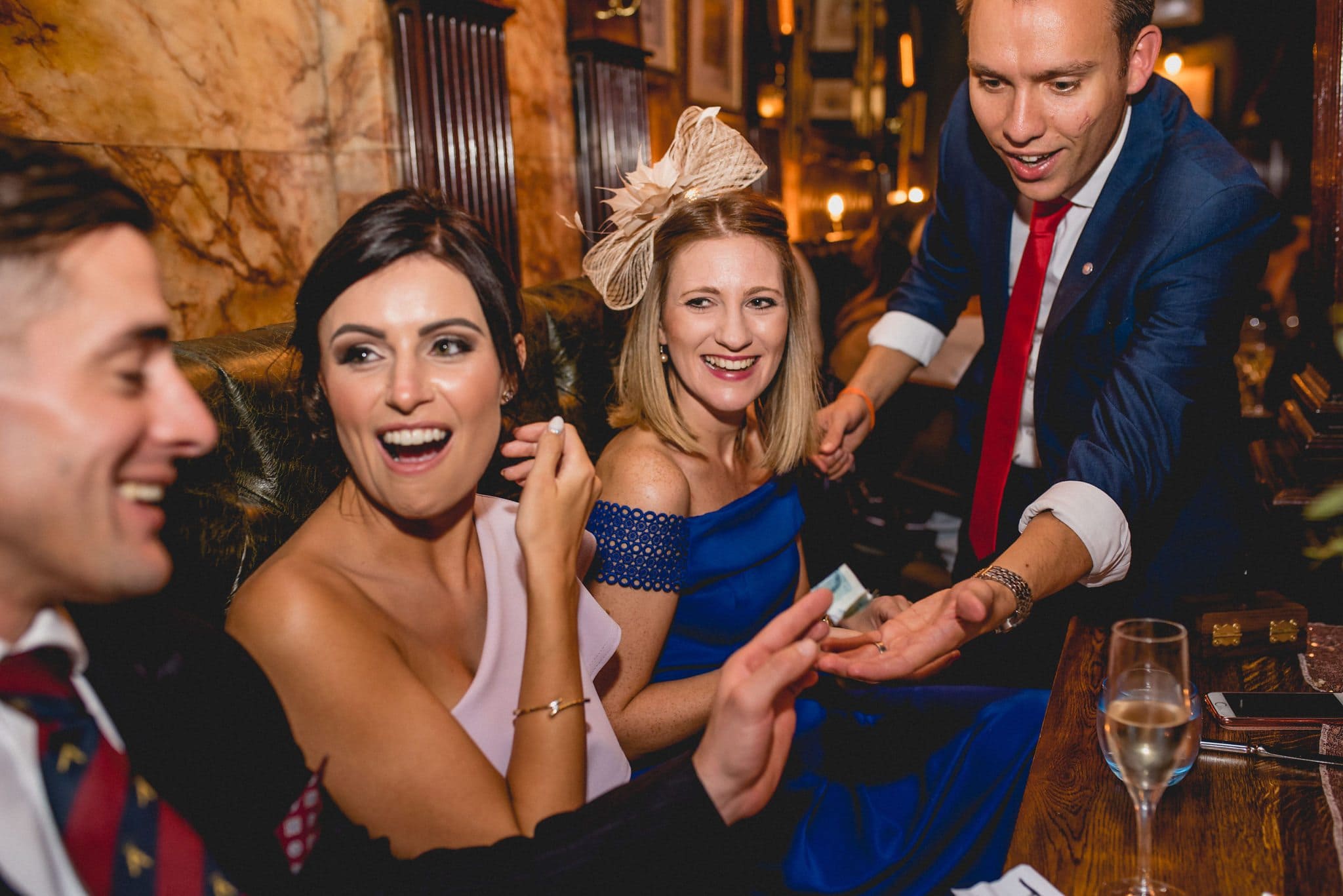 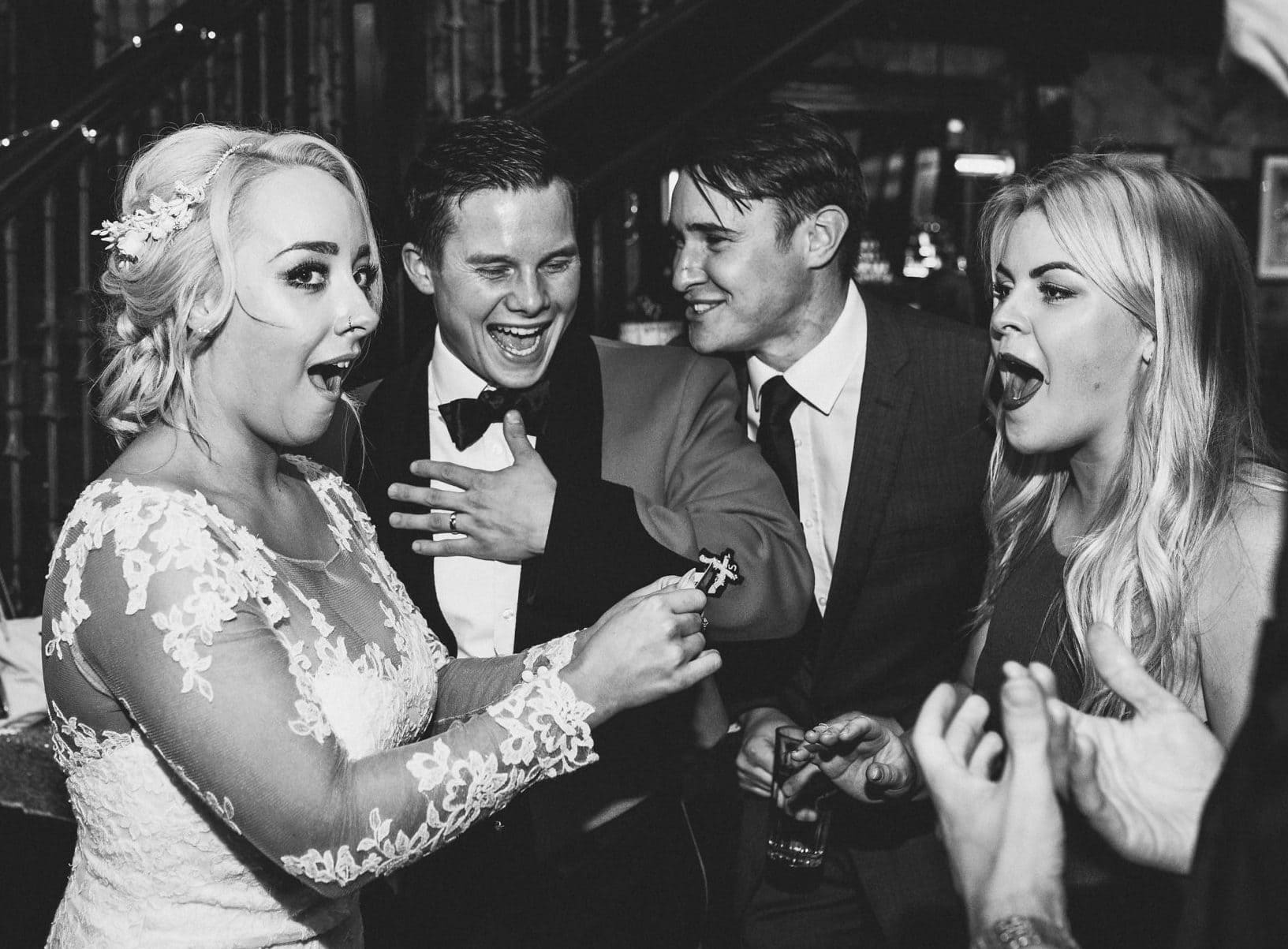 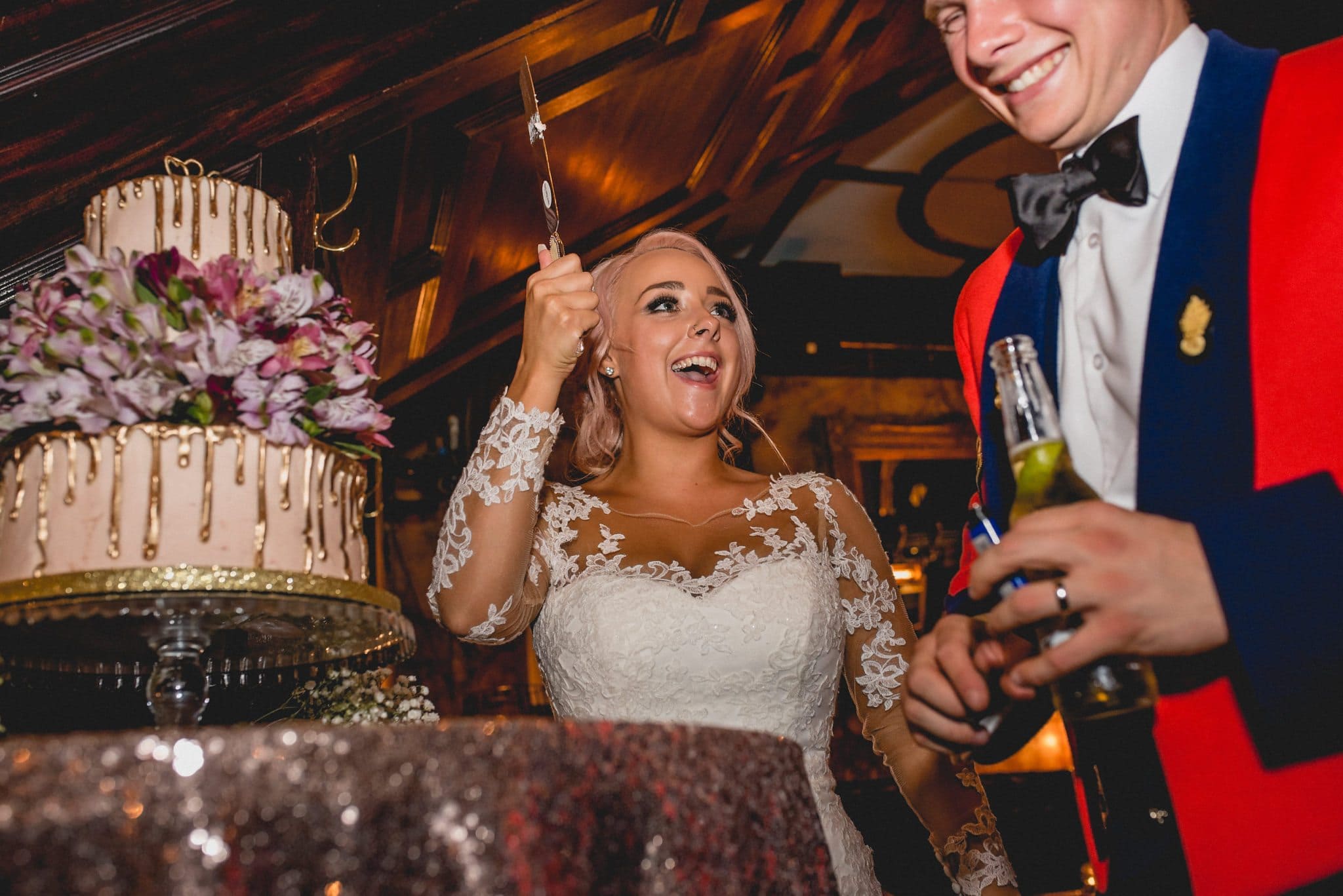 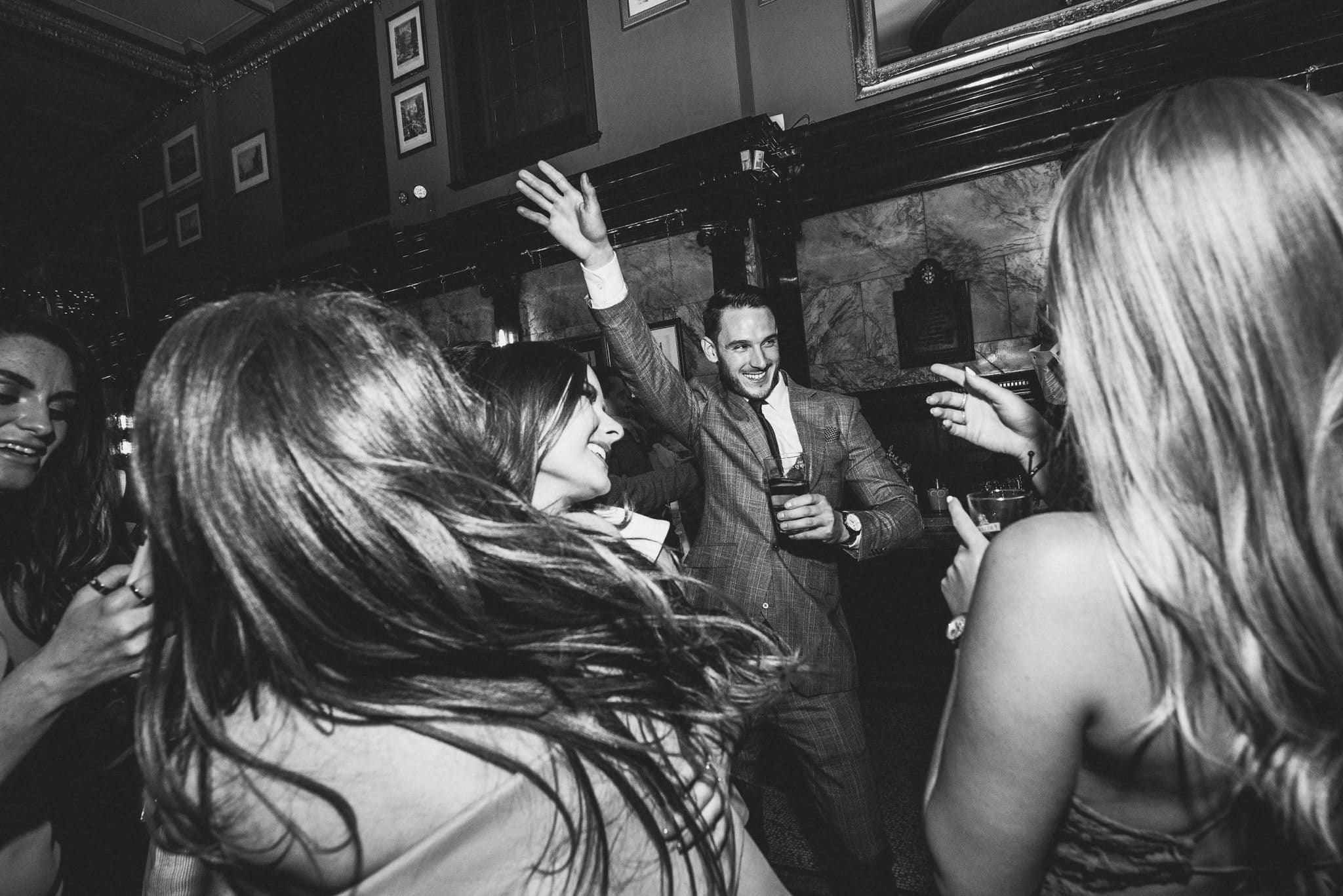 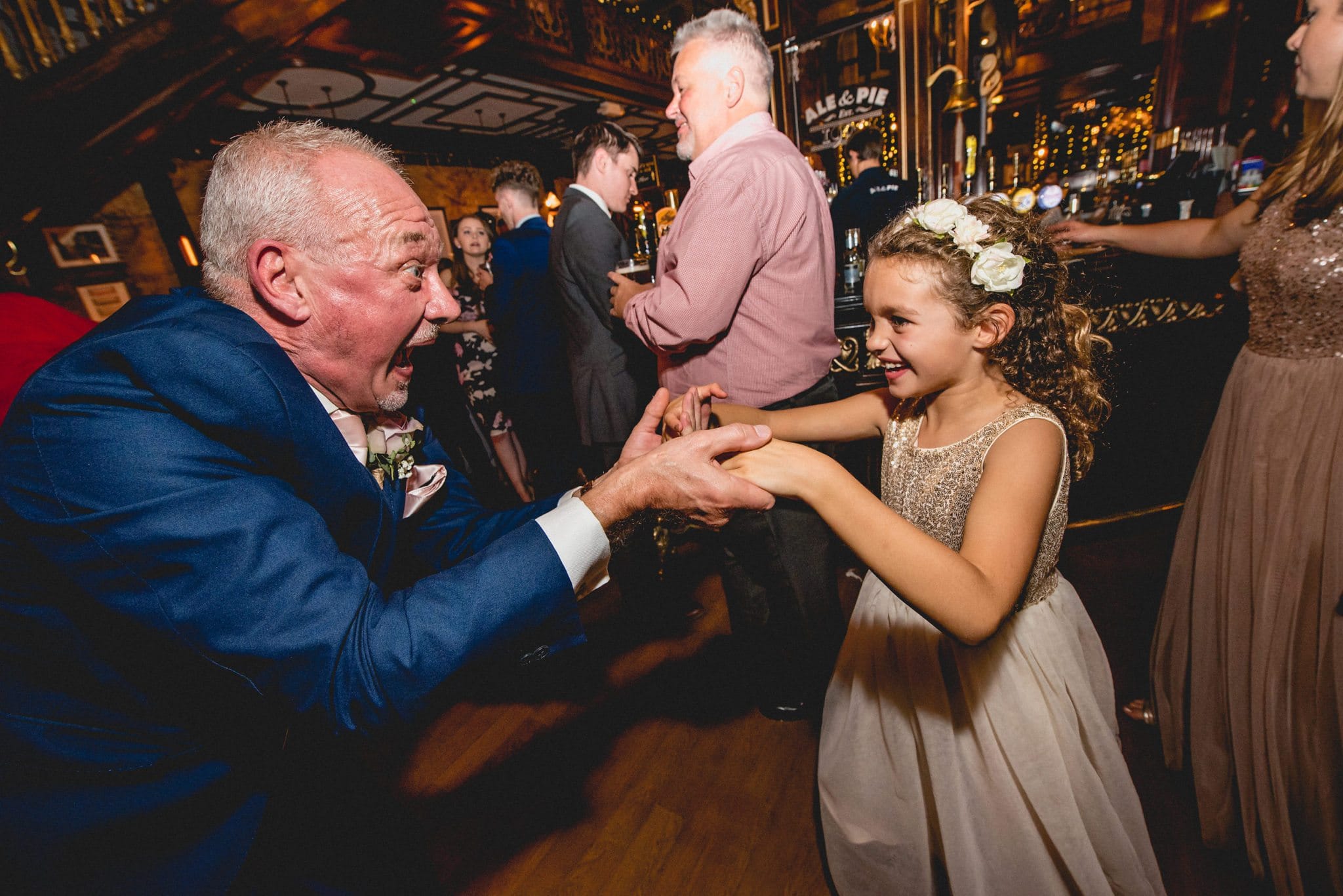 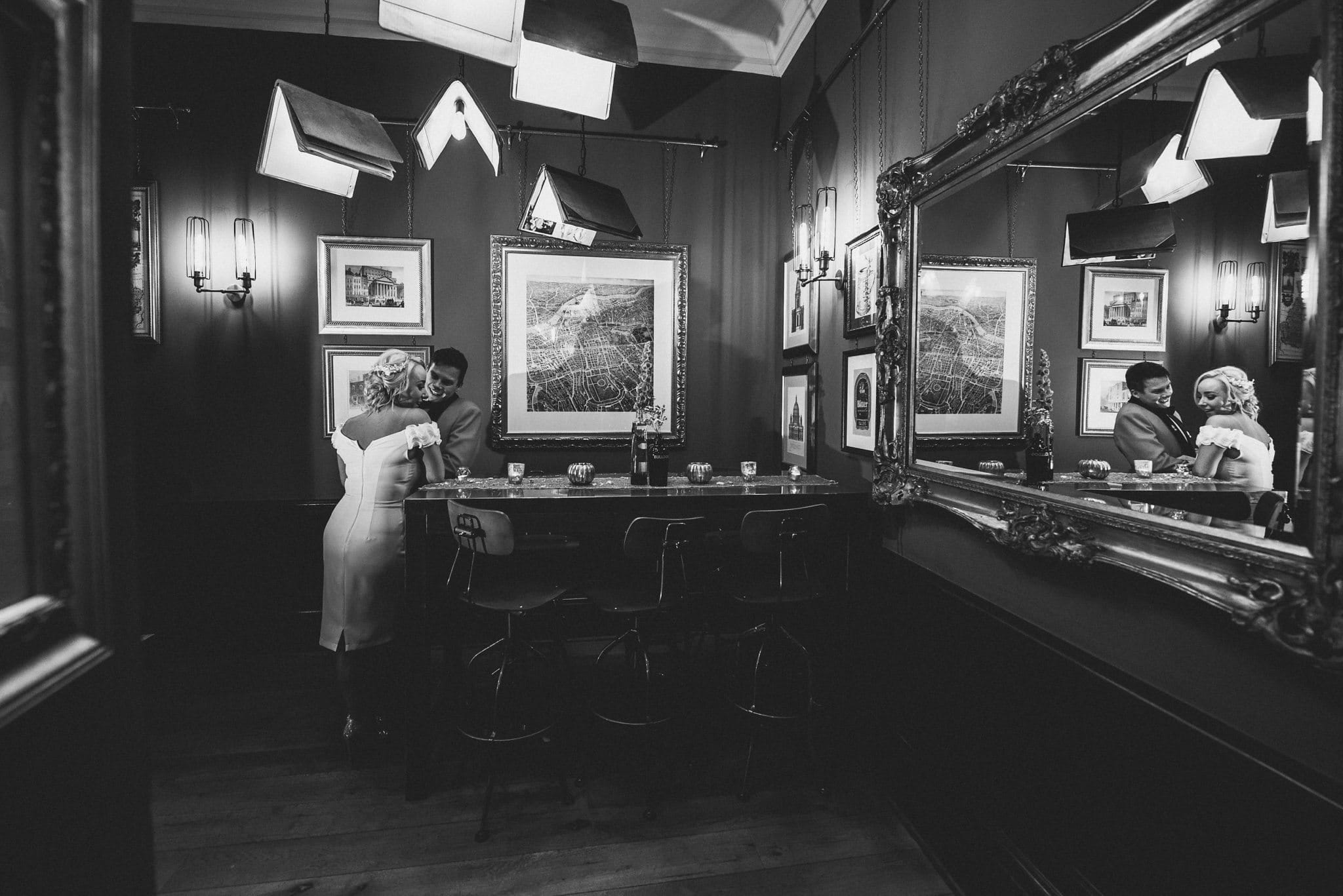 Great work Maria, such a tough venue which you have really brought to life. I really like the framed shots of the ceremony.

What a great venue to shoot at. Nice one Maria

NIce! What an incredible space for a wedding!

Very cool! You can feel the energy in these images – cracking set!

wow, how exciting to shoot a tower of London wedding! These photographs are amazing. Lucky you, and lucky couple to have you document their day for them. Fab set!